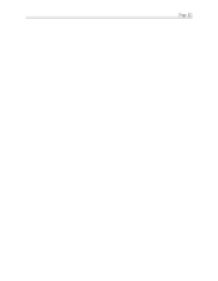 Tumour markers and their role in Cancer diagnostics

﻿Page | ________________ ________________ Tumour markers and their role in Cancer diagnostics Amra Iuoop BIO 01/181010 HND Biomedical sciences BMS 30 June 2012 Cancer, or a neoplasm, is best defined by the British oncologist Willis (Robbins, 2010), ?A neoplasm is an abnormal mass of tissue, the growth of which exceeds and is uncoordinated with that of the normal tissues and persists in the same manner after cessation of the stimuli which evoked the change?. Tumour markers, also called serum markers or biomarkers, are metabolized molecular products that are secreted by neoplastic tissue and biochemically processed in cells or body fluids (Cortez, 2011). They are secreted by normal cells as well as by cancer cells; nevertheless the quantity is usually quite high in cancerous conditions. Consequently, the presence of a malignant tumour can be identified more or less by the detection of a specific tumour marker. Tumour markers are reckoned to be useful in the following (Sharma, 2009): Screening: Identification of seemingly healthy people who perhaps have a high risk of developing cancer. Diagnosis: Identification of a disease on the knowledge extent of clinical findings and laboratory tests. Staging and treatment planning. Planning of the treatment course after identification of the cancer?s stage. Monitoring: Determination of the cancer?s response to treatment. Prognosis: Predication of possible outcome or progress of the cancer. Recurrence. Reappearance of the cancer after successful treatment. The National Cancer Institute (2011) states that tumour markers are represented by various chemical groups: including hormones, antigens, amino and nucleic acids, enzymes, polyamines, and specific cell membrane proteins and lipids. ...read more.

Treatment with the use of Herceptin, an antibody, on breast cancer is ineffective unless the presence of the HER-2 gene in the tumour (Szabo, 2008). Epigenetic changes such as abnormal DNA methylation are good prognostic markers; however it can be applied clinically only after further clarifying certain issues such as determining sensitivity and specificity of the marker, and the ability of its performance comparatively better than other markers (Widschwendter, 2006). Carcinoembryonic antigen (CEA), an oncofetal antigen, acts as a prognostic marker to check the aggressiveness of colorectal cancer. The CEA levels are elevated proportionally to the progressing tumour and vice versa (American Society of Clinical Oncology, 1996). Monitoring and Recurrence Of all the uses, Sharma (2009) states that tumour markers are perhaps mostly used clinically in monitoring the cancer. They are significant in the identification of the treatment response from the cancer patient, where alterations of the tumour marker level can be observed when the status of the cancer changes in response to therapy. When an unresponsiveness to a particular therapy is monitored, it is terminated, shifted to another treatment and as a result, probable toxicities of the treatment on patient can be evaded (Schrohl, 2003). Treatment efficacy of germ cell tumours can be monitored using the combination of two tumour markers: Human chorionic gonadotropin (HCG), a placental product, and AFP (Vastag, 1999). In addition to that, serum quantification of monoclonal immunoglobulins is utilized for monitoring response to therapy in patients with multiple myeloma (Koulieris, 2012). Moreover time management is essential when using tumour markers for the purpose of monitoring. ...read more.