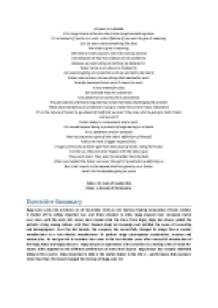 ﻿10 years is a decade. It's a long time to kill and a short time to get something done. It?s a moment if you're in a rush. And a lifetime if you want to give it meaning. Our 10 years went something like that. We tried to give it meaning. We tried to insert passion into every ticking second. Not because we had to but because we wanted to. Because we were doing something we believed in. Pulsar came as an abuse to mediocrity. We were laughing at convention and we wanted to be heard. Pulsar was contrary to everything that seemed to work. Possibly because Pulsar wasn?t meant to work. It was meant for play. But attitude requires substance. And performance comes from persistence: The persistence of brilliant engineering minds that keep challenging the present. These discontented souls are forever trying to make the current Pulsar redundant. It's in the nature of Pulsar to go ahead of itself and we aren't the ones who're going to hold it back. And we can't. Pulsar today is a movement and a spirit. It's moved beyond being a product of engineering or a brand. It's a statement and an attitude. That has become a part of the rider's definition of himself. Today we have a bigger responsibility. A huge community of bikers get their daily dose of pride, riding the Pulsar. And like us, they are never happy with the status quo. They want more. They want to be better than the best. When we created the Pulsar we never thought it would end up defining us. But it did. Here's to the decade that has gone by on a Pulsar. Here's to the decades going to come. Pulsar. 10 Years of Leadership. Pulsar. A decade of dominance. Executive Summary ________________ Bajaj Auto came into existence on 29 November 1945 as M/s Bachraj Trading Corporation Private Limited. ...read more.

Segmentation: ________________ The Pulsar targets mainly three segments, The Entry level segment gives high Powered performance in low price and is dubbed as the Light Sports category. The Mid-range is the major segment for the Pulsar and derives the maximum revenue. This segment is marketed as a high powered bike with rugged features at a price which won't burn a hole in the pocket. The performance segment offers world class features for bike enthusiasts. Overall the Pulsar segment can be generalized as a segment for Good Looking, Low Priced, performance oriented bikes. Targeting: ________________ The Target group for the Pulsars range from 18 to 35 years population. The lower and mid segment is mainly targeted at college students and urban commuters. The elite segment is targeted at biking enthusiasts. The pulsars have become a style statement among the late teenagers and a must have bike for stunt enthusiasts. It's rugged feel and goof power to mileage ratio has also made it very popular among the middle aged customers. Positioning: ________________ Bajaj positions the Pulsar 220 as the 'Fastest Indian'. And in the recent 'Hunto' ad campaign Bajaj focuses on its surprising technological superiority over other Japanese bikes on the same segment. With the recent break up of Hero and Honda, Bajaj aims to become the number one motorcycle manufacturer of the country while not mindlessly chasing number and volumes. The Pulsars are positioned as Pure Performance Bikes at a Value for Money offering. 4 Ps Product: ________________ Bajaj Pulsar was first introduced as a performance bike for the middle class in the form of Pulsar 150 and Pulsar 180. Over the years it has explored the 135 CC, 200 CC and 220 CC categories also. New models are introduced and the existing models are upgraded every year. The Pulsars pioneered many breakthrough technologies in India like DTSi, DTS-Fi, Exhaust-Tec, Triple Spark, LED Lamps, Wolfbane Projector lamps, NitroX Suspensions, Underbelly Exhaust, Digital Console, etc. ...read more.

But Milind Bade, GM (Marketing, Bajaj) says that Bajaj is not mindlessly running after Volumes. Rather they are concentrating on just the middle and the top end market (i.e. Discover and Pulsar). So all the marketing will be directed towards the Discover and Pulsar Brands and a rebranding will be done. Future Projections ________________ Rahul Bajaj has already confirmed the launch of the KTM Duke 390 in 2013. A similarly powered Pulsar is also expected to be launched around the same time. Hyosung has already launched its 600 CC and 250 CC bikes in India. Yamaha is planning to bring it higher powered Fazers and Rs into India. Honda is also bringing in its CBR superbikes in late 2012 and early 2013. Though the P 350 will be severely underpowered to take on these models but would provide a cheaper replacement for the urban middle class. After a splendid run in 2011, the motorcycle sales have been wobbly since Q4 2011 onwards. The passenger vehicle segment grew marginally at 0.49% year on year during April-December 2011. The future prospects doesn?t seem to sunny due to the current economic downturns. So the key is to focus on the high end market which is a niche and doesn't seem to be too much affected. Earlier the motorcycle industry growth was projected at 14% per annum. Now a realistic projection will be an 8% growth. After three years of above trend growth, two-wheeler growth is moderating. Analysis over the past 20 years suggests that it is unlikely that growth will enter negative territory, but mid-single digit growth for a couple of years cannot be ruled out. Rural India, which accounts for almost 50% of the overall sales of the two wheeler industry, may play the role of wrecker-in-chief as rural income and the farm sector increasingly come under strain due to limited policy support and rising default risk on agri credit. Hero Moto Corp and TVS will take a major hit in these markets. So Bajaj has to tap on that. ...read more.