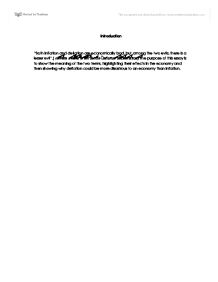 Deflation more disasterous to an economy than inflation

Introduction "Both inflation and deflation are economically bad, but among the two evils, there is a lesser evil".( shweta mehra in his article deflation and inflation) The purpose of this essay is to show the meaning of the two terms, highlighting their effects in the economy and then showing why deflation could be more disastrous to an economy than inflation. Deflation vs inflation Inflation and deflation are among the aspects of macroeconomic instabilities which can occur in an economy. Both deflation and inflation are economically bad, but among the two monsters there is a lesser evil, and that is the later (shweta mehra) Inflation is generally seen as a situation of general substantial and rapid increase in the prices of goods and services thereby reducing the value of money in the economy over a period of time. There are different definitions of inflation by different economists. Mc Connell Brue defines it is as a rise in the general level of prices. Harry Johnson defines inflation as a sustained rise in prices. More so, Crowther, defines inflation as a state in which the value of money is falling. ...read more.

In an economy facing depression, output goes down due to reduction in economic activities and scale of production and consequently investment shrinks. Furthermore, due to the decrease in aggregate income, all the different classes in the society tend to be poor. Deflation brings mass unemployment into the economy. The level of employment contracts rapidly, financial income of people in the economy diminishes and therefore although the purchasing power of people is increased as a result of the fall in prices, they don't buy goods in the required quantity. Therefore aggregate demand falls, resulting to fall in profits of businesses which will in turn result in looses by the producers forcing them to curtail investment and output more. This leads to further decline in employment and income. For instance in the 1930s when price collapsed in the Western nations, unemployment soared with a quarter of the work force losing their job in most countries, economic activities crippled as banks collapsed and the few surviving ones refused to lend money. Deflation is so destructive to the economy because as prices keeps going down, businesses and individuals continue postponing their purchases hoping that prices will fall more and more thereby forcing demand to fall. ...read more.

Once deflation sets in, it puts pessimistic tendency into the consumers, demand contracts and investment cripples, unemployment rises, and eventually the economy will come to a halt because of low consumption rate. On the other hand, during inflation demand tends to rise because consumers will buy more commodities thinking that prices will continue to rice. (See fig 1.0) Graph interpretation The graph in fig 1.0 shows the 20th century graph of deflation and inflation in USA Using consumer price index (CPI). The CPI is graphed in blue color on the left axis while the right axis is showing the annual rate of change in the CPI either positive or negative, and it is marked in red. In inflation period, general prices are rising and that is indicated by a positive YoY change, the red line goes above zero line. The zero line is indicated by the tick gray line at 0%. When there is deflation, the red line goes below the zero line, that is change in YoY becomes negative. Inflation occurred more than inflation as shown in the graph. It was only during the great depression of 1930's that America experienced great deflation. This graph shows exactly how disastrous deflation can be to an economy (From inflation or deflation 2 by Adam Hamilton at zealllc.com). ...read more.