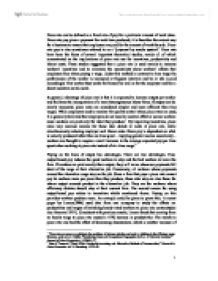 Piece rate can be defined as a fixed rate of pay for a particular amount of work done. Piece rate pay gives a payment for each item produced; it is therefore the easiest way for a business to ensure that employees are paid for the amount of work they do. Piece rate pay is also sometimes referred to as a "payment by results system". Piece rate have been the focus of several important theoretical studies, nearly all of which concentrated on the implications of piece rate use for incentives, productivity and labour costs. These studies suggested that a piece rate is used mainly to increase workers' incentives and to eliminate the uncertainty about workers' efforts that employers face when paying a wage. Under this method in contrast to time wage the performance of the worker is measured at frequent intervals and he or she is paid accordingly. This worker thus works for himself as well as for the employer and has a direct incentive on his work. In general, advantage of piece rate is that it is expected to increase output per worker and facilitate the incorporation of a more heterogeneous labour force. If output can be clearly measured, piece rates are considered simpler and more efficient than time wages. ...read more.

Exploiting the fact that he could follow the same workers before and after the change, Lazear found that sorting and incentives both played an important role in the productivity gain, with more than half the gain being due to incentive effects3. Piece rate pay encourages effort, but it is argued, often at the expense of quality. From the employee's perspective, there are some problems. For instance, if production machinery breaks down; if there is a problem with the delivery of raw materials that slows production. These factors are outside of the employee's control, but could potentially affect their pay. The answer to these problems is that piece rate pay systems tend to have two elements in reality: a basic pay element, this is fixed (time-based); an output-related element (piece-rate). Often the piece-rate element is only triggered by the business exceeding a target output in a defined period of time. The incentive properties of piece rate compensation schemes seem very attractive: works are paid for the work they do, not the work they could have done and this seems likely to solve problems associated with both hidden information(adverse selection) and hidden actions(moral hazard). However, Edwards(1979), argues that piece rate compensation schemes were ineffective because management did not know how fast a job could be done and therefore could not set use a worker's performance to determine the correct rate because the worker responded by restricting output. ...read more.

once it was set, yet every employer did cut pieces...Unless workers collectively restricted output they were likely to find themselves working much harder, producing much more, and earning only slightly higher wages". Employers could cut rates in many ways other than changing the piece price for a worker who continued to perform the same operations. New workers could be assigned to the job at a lower rate while old workers were transferred elsewhere, information about output on the job could be used to lower the initial price on new work, and any sort of minor change could be made the excuse for large price cuts. It could be conclude that the productivity effects associated with the switch from time wages to piece rates are very large. Market equilibrium is characterised by firms that choose a variety of compensation methods. Firms choose the compensation scheme by comparing the costs and benefits of each scheme. The benefit is a productivity gain. As a result of incentive effects, average output per worker rises. Thus, average ability should rise when a firm choose piece rates. However, piecework is not always profitable. Output is easily measured, quality problems are readily detected and blame is assignable. Furthermore, since the output is difficult to measure because of the difficulty in monitoring, the piece rate pay is not always working. ...read more.