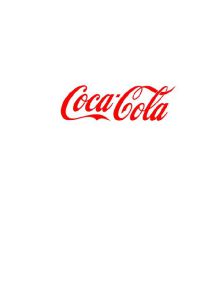 .The focus of this essay will be on developing a marketing strategy for Classic Coca-Cola or Coke for first half of 2012.This will also discuss about the market segmentation ,pricing strategy and target market using micro and macroeconomics concepts.

Introduction : The below essay is about Coca-Cola company which is a beverage manufacturer established in the year 1892.The company's primary product is Coca cola which was invented in the year 1886 and was first bottled in 1894.The focus of this essay will be on developing a marketing strategy for Classic Coca-Cola or Coke for first half of 2012.This will also discuss about the market segmentation ,pricing strategy and target market using micro and macroeconomics concepts. The economic forecast report 2012 from different sources clearly communicates high economic growth , less unemployment and inflation rates. http://businomics.typepad.com/businomics_blog/2010/11/economic-forecast-2011-2012.html Coca cola can use alternative scenarios to reduce the production cost * In countries were labors are very expensive, installing automated manufacturing machines and reducing the labor numbers in the production line will help to reduce its cost. * Coco cola base syrup which is the raw material is imported from regional units to several bottling plants which incurs transport cost, if it is manufactured at the same bottling plant some cost can be saved. * The use of LED lighting and automatic shut-down technology during rest periods in all plants will help to reduce cost on Energy. ...read more.

On the other hand for diabetes people, 28-40 age groups, the company has Diet coke Which has no sugar .Also for consumers who require more caffeine, no sugar& zero calorie the company has Coke zero as choice. For low income groups coke has returnable glass bottles, for high income groups PET bottle coke is available, apart from that coke's pricing strategy is in a way that most of the people can afford so they also have Tin cans coke. For various family sizes coke has various quantities such as 200ml,350ml,500ml,1ltr,3ltr and cluster of cans(6s,12s,18s). Geographic Segmentation Hot and sunny weather pattern countries like UAE and African countries. Psychographic segmentation Focuses on Music and sports lovers (ex : Coca cola owns a baseball park in Allentown,Pennsylvania attracts sports consumers) Pricing Strategy: Coca-Cola uses have different pricing strategies because of its existence over 195 countries: Psychological pricing strategy: The price of a 2-liter bottle of Original Coke was $2.495. They set the price to end in a 9, because this makes customers think the price is less than $2.50, to appeal to the customer. Promotional pricing strategy: In supermarkets coke is priced temporarily low, to increase short-period sales. ...read more.

"The company manages most of the foreign currency exposures on a consolidated basis, which allows us to net certain exposures and take advantage of any natural offsets. In 2005, we generated approximately 71 percent of our net operating revenues from operations outside of our North America operating group; therefore, weakness in one particular currency might be offset by strengths in others over time. We use derivative financial instruments to further reduce our net exposure to currency fluctuations. Our Company enters into forward exchange contracts and purchases currency options (principally euro and Japanese yen) and collars to hedge certain portions of forecasted cash flows denominated in foreign currencies. Additionally, we enter into forward exchange contracts to offset the earnings impact relating to exchange rate fluctuations on certain monetary assets and liabilities. We also enter into forward exchange contracts as hedges of net investments in international operations. Interest Rates: We monitor our mix of fixed-rate and variable-rate debt, as well as our mix of term debt versus non-term debt. From time to time we enter into interest rate swap agreements to manage our mix of fixed-rate and variable-rate debt." http://www.thecoca-colacompany.com/investors/pdfs/10-K_2005/Coca-Cola_10-K_Item_07a.pdf Conclusion ...read more.