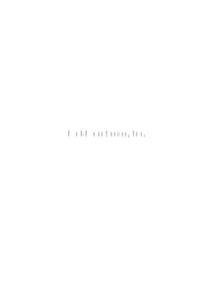 However, French government is also often influenced by strong domestic interest groups, which can result in limiting the market access of U.S. products [9]. France government have imposed many legal restrictions to open up new supercenters and hypermarkets to safe guard its traditional small corner shops, beauty and heritage of the country and other environmental factors. This can leads to significant barrier of growth for supercenters and hypermarket segment of retail industry. The domestic market has also have become saturated for supermarkets and the slower economic growth and presence of some of worlds largest supermarket chains, with some strong local companies has lead to fierce competition in this sector. With arrival of Euro competition will increase in near future. France is known for its fashion, perfumes and stylish People have quality of life and enjoys high living standards are often driven by brands names instead of prices. Wal-Mart: Global Expansion Strategy RECOMMENDATION: After evaluating the Macro and Micro Environment of France with regards to its retail industry and doing feasibility study, the authors have found out that even when France seems to be a very attractive market to be in, it has certain hidden legal barriers for retail industry and especially in superstore segment and fierce competition exists and that will increase more in near future with introduction of Euro. Moreover buyers attitude and purchasing habits are not strategically fit for Wal-Mart concept of "Low Cost Leadership". Therefore, the authors holds the opinion that its not the right moment for Wal-Mart to expand its operation right away in France, especially when it has just entered into Europe through acquisition of another retailing company. Wal-Mart needs to see and access how competitors would going to react to the situation as the company would have to face same competitors in France also. Therefore Wal-Mart should take Germany as not only its entry point to Europe but also as a testing point for its performance in the European Market. ...read more.