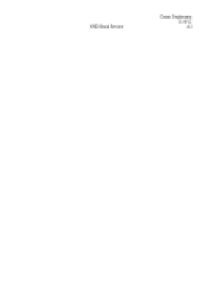 Book Review of &quot;Stonewall: the Riots that Sparked the Gay Revolution&quot; by David Carter

﻿Conor Stephenson 11/4/12 NHD Book Review A2 ________________ Title: Stonewall: The Riots that Sparked the Gay Revolution Author: David Carter Copyright Date: 2004 Pages: 266 Words in essay: 1,146 The book Stonewall: the Riots that Sparked the Gay Revolution by David Carter was a great book to read while learning about the 1969 Stonewall Riots. This book helped me gain insight into what it was like in the 50s and 60s, when there was still much to be done to give homosexuals the rights they deserved. It also helped delve into the multiple turning points which eventually lead to the Stonewall Riots. Overall, it gave me important information that I'll need in the future to compare earlier turning points in the timeline of gay history to the Stonewall Riots and to decide whether they were as significant as they are portrayed these days or whether they were just another one of a series of important turning points which helped propel the gay rights' movement into the mainstream. This book has helped me understand the key turning points during and after the Stonewall Riots to a powerful degree, and therefore I believe that it?s a compelling read for anyone looking for information regarding this subject. ...read more.

There were other turning points which occurred before the Stonewall Riots, and these were almost, if not more, important than the Stonewall Riots in helping bring the issue of civil rights for homosexuals to the forefront of American society. One of the important events that the book describes is the condemnation of entrapment by New York City Mayor John Lindsay, who was the 103rd mayor of the city from 1966 to 1973. Entrapment (which was the police?s practice of pretending to be homosexuals so that they could arrest any gays who were ?cruising? other men [looking to hook up with them]) was a big issue back then. It was unfair, since the police led gays on by making them think that the police were actually other gay men, and then arresting them for agreeing to perform in illegal sexual acts. Mayor Lindsay?s condemnation of this police practice resulted in its end. This was an important turning point, because it helped stop the enforcement of homosexual oppression. Another turning point which was explored within the book was the beginning of the Stonewall Riots. ...read more.

This turning point began the riots, and therefore is an important aspect of them. All in all, the Stonewall Riots were important in helping bring the gay civil rights movement to public view, and this book helps illustrate this within it. Overall, I believe that this book has done an excellent job of elucidating me on the subject of the Stonewall Riots, and is an excellent source of information on the topic. The amount of intricate descriptions of people?s lives back then in the ?gay ghetto? of Greenwich Village and the inclusion of many turning points that aren?t as well known as the Stonewall Riots makes this book an outstanding account of life during this period of time. The anecdotes also make the book easier to read, as those parts of it make the book seem more like a novel and less like a textbook. Plus, the book described the Stonewall Riots as well as other, lesser known turning points in the gay civil rights movement. Stonewall: the Riots that Sparked the Gay Revolution was a great book to read, and I would recommend it to anyone who wants to learn more about the homosexual community in America before the mainstreaming of the gay civil rights movement. ...read more.