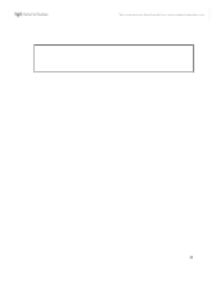 How Can Archaeologists Identify and Interpret The Remains of Religious Activity?

How Can Archaeologists Identify and Interpret The Remains of Religious Activity? Archaeology employs the same methods and techniques to identify and then interpret the remains of religious activity as it does any other remnant of the past, namely through the discovery and investigation of material - artifacts, organic and environmental remains and features of the excavated landscape - before commencing the process of analysing the significance of these finds and the way in which they lend themselves to informed interpretation. Such interpretation is not simply a matter of educated guesswork, but a procedure that incorporates established indicators and theories of classification to allow these remains to be placed in context and then a role or meaning within this context to be extrapolated. At the outset, one has to accept the premise that material culture collected in the objects and constructions of previous generations is meaningfully connected to the way in which they behaved, thought and formulated religious or 'otherworldly' belief systems. This premise is not solely based on the necessity of material culture for any possibility of archaeological enquiry, but also a recognition that even today, in our allegedly cynical and overly rational age, human nature persists in motivating the devout to adorn, decorate and publicly as well as privately venerate those figures held in high spiritual or material esteem. ...read more.

Within the Roman garrisons at Hadrian's Wall, indications of religious activity have been found in the Mithraeum at the fort of Carrawburgh8. The temple situated here fulfils the four primary indicators of 'cult activity' cited by Renfrew & Bahn as well as many of the features listed as anticipated types of physical evidence in such sites9. The temple is built adjacent to the wall, demonstrating its status as a construction specifically designed and intended for a particular use, and the celebrants' attention is further directed and focused upon entry by the series of altars originally situated to the rear and depicting the image of the deity, whose presence is thus symbolised. There are areas in the temple for public congregation, which would have originally contained pews (or 'podia') before the area of the altars and the image of Mithras, and therefore a distinct demarcation between the boundary zones of the human and the god is present. Ritual participation and offerings are indicated by the large quantities of chicken bones recovered in the similar Mithraeum at Walbrook10 together with information from other Mithraea that during certain status advancement ceremonies, 'the initiate's hands were bound with chicken gut'11 as well as the less gruesome interpretation that ritual feasts included chicken. ...read more.

The archaeologist's ability to identify the remains of physical activity would appear to be much easier than the subsequent task of interpretation. Renfrew & Bahn refer to Michael Coe's success in his analysis of Classic Mayan ceramics21, to attempt to begin the process of revealing the significance of the markings on the evidence left by those such as the Mesoamericans who do not have supporting literary evidence comparable to the Greek or Roman societies but bemoan the need for a 'painstaking study of ... different representations, in the hope of spotting recurrent attributes associated in a definable way with specific individuals'22. Whereas there are universal procedures for the approach in initially defining evidence as that which denotes religious activity - with guidelines based in no small part upon the enduring human experience and reaction to religious fervour and belief - the ease of interpretation remains dependent on whether the evidence is abundant and supported with other sources such as Greek or Roman remains, or whether it evidence from a less well documented era. This forces the archaeologist to find their way through the intellectually precarious business of reliance upon classifications ranging from the Systems Theory or Marxist Analyst with only intelligent guesswork based on ever expanding experience as their guide in what amounts to educated speculation. ...read more.