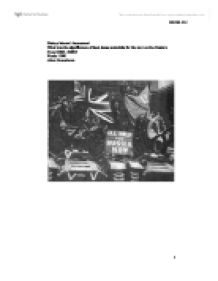 What was the significance of lend-lease materials for the war on the Eastern Front (1941-1945)?

When the war came most of those factories were set to produce combat materials instead. This does not mean, though, that civil materials were not needed anymore. Quite the opposite actually, transportation for example, was needed more than ever for supplies etc18. The lend-lease brought 429687 motor vehicles, 1981 locomotives,11155 railway carts and masses of raw materials. Without this essential reinforcement the Soviet industry would have had to concentrate more on civil production e.g. raw materials and transportation vehicles. Consequently, the war industry would not be able to develop as fast as it did. This is important because some historians claim that it was, in fact, the size of the Soviet war industry that decided the outcome of the Eastern Front conflict19. The military. Concerning pure military products, lend-lease had a smaller significance to USSR. From information in Section B one can calculate that only 8% of all Soviet tanks were provided by lend-lease and that they were all inferior to the mass-produced T-34. 16% of the aircraft is a more significant amount, since the quality was mostly better here, but evidence shows that most planes, as well as the better tank models were only seen in the Red Army by 194320. One should also include the enormous Soviet production of artillery guns21; it strengthens the impression that lend-lease war-items were insignificant. The counter argument is that the Soviet military was more dependent on civil lend-lease materials22. The most important civil contribution were the motor vehicles: With these, the Red Army could perform operations requiring speed and mobility23. 15 million boots and millions of meters of uniform cloth helped to equip the Red Army. Lend-lease also helped to improve the Soviet military communications24. The food issue. That the Germans had occupied 42% of the Russian agriculture by 1942 was an increasing problem to the Soviet leadership25. Without lend-lease, which sent 4.5 millions of tons of food 1941-1945 there might have been severe food shortages leading to starvation. ...read more.