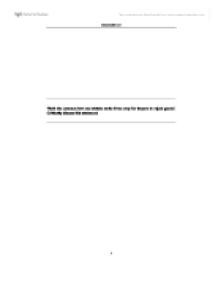 Both the common law and statute make it too easy for buyers to reject goods. Critically discuss this statement.

'Both the common law and statute make it too easy for buyers to reject goods'. Critically discuss this statement. Introduction The rights of consumers have been protected by laws for centuries. These laws have established a variety of legal forms, which including criminal law, tort, and contract, to achieve their objectives. In addition to those laws numerous other provisions have the effects of protecting the consumer, which specify consumer protection as their primary concern. For example, during the prosecution of fraud, protecting property, or facilitating litigation. In general, the civil law assists the consumer by imposing certain obligations on manufacturers and suppliers of goods and services and by restricting attempts to exclude or cut down these obligations or the remedies available on breach. (Cartwright, 2001) It should be kept in mind that here is no universally agreed definition of the term 'consumer'. Although a number of statutes, both criminal and civil, attempt to define it for their own purposes. One example of such a definition is found in section 20( 6) of the Consumer Protection Act 1987, which states: 'Consumer' (a) In relation to any goods, means any person who might wish to be supplied with the goods for his own private use or consumption; (b) In relation to any services or facilities, means any person who might wish to be provided with the services or facilities otherwise than for the purposes of any business of his; and (c) In relation to any accommodation, means any person who might wish to occupy the accommodation otherwise than for the purposes of any business of his. ...read more.

The barriers facing them are immense. (Goldring, Maher, McKeough, & Pearson, 1998) Thus to talk about a 'free market' of equal individuals in this phenomenon is nonsense. In very few cases at all, the consumer can be said that they are equal to the supplier or the manufacturer. Besides, under the control of mass media by the suppliers and manufacturers, consumers can hardly get fully genuine information. Therefore, it makes little sense to assert that consumers are inevitably the best judges of their own wants and needs. Markets are seldom, if ever, 'free', not because that freedom is limited by government activity, but because of the activities of business organizations, especially by the powerful corporations. Information is power and consumers rarely have the opportunity to get the same information as suppliers and manufacturers. They cannot therefore compete as equal in the market. (Lowe & Woodroffe, 2004) Consumer Protection Legal rules and controls are one of the methods which can be used by the government of state. For the interests of the public as consumers, governments attempt to reduce the inequalities of markets that exist in 'real life', even if in very small dimensions. The power of the state, expressed through government rule-making and regulatory power, is a counter-force to the power of business organizations. Many of the requirements of legislation are often as simple as the principles and standards which would be observed by reputable business seeking to maintain their commercial reputations and clientele in any case. ...read more.

Ultimately, the matter can only be decided by a court after taking into account all the circumstances. (Lowe & Woodroffe, 2004) An important factor might be that the buyer was not in a position to check the goods for a longer time after the sale than usual, because, for example, he was admitted to hospital immediately after he purchased them. In other words, consumers' right of rejecting unsatisfying goods is not totally unlimited. Conclusion In most of countries, consumers have been protected by laws and the power of states. Although there is hardly agreement of the exact definition of 'consumer', efforts have been made by governments to establish variety of legal forms for buyers against the breach of suppliers and manufacturers. Along with the spread of globalization, 'consumerism' trend to give consumers more equality of power. However, in the phenomenon of 'free market', consumers may automatically be sovereign, because anyone, who does not respond consumer's needs, will be forced to leave the market. But as many people asserted 'free market' is not achievable in real life. By the reason that consumers are placed in a disadvantage position in markets, there is not doubt that their rights should be protected by laws and statutes. Although current law and regulations only obligate the safety of goods, the quality standard of goods tends to be bound in the future. The most common and effective way for buyers protect themselves is to reject the defected goods. Nevertheless, buyers have to claim in a 'reasonable time' even if there are entitled to reject the goods. ...read more.