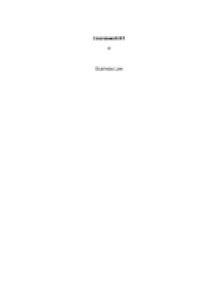 Find the Consumer Protection (Distance Selling) Regulations 2000 a) What is the statutory instrument number for these Regulations? (1 mark) - The statutory instrument number for the Consumer Protection (Distance Selling) Regulations is 2000 No. 2334. b) On what date did these Regulations come into force? (1 mark) - October, 31, 2000 c) Which Act and which statutory instrument were amended by these Regulations? (2 marks)[5] The Act which was amended is Unsolicited Goods and Services Act 1971, and the statutory instrument that was amended was Unsolicited Goods and Services (Northern Ireland) Order 1976 d) Which EC Directive did the Regulations aim to implement? (give the full name and number)[6] (1 mark) Directive 97/7/ EC of the European Parliament and the Council of 20 May 1997 on the protection of consumers in respect of distance contract ? Statement by the Council and the Parliament. e) According to the Regulations, what is inertia selling? (1 mark)[7] Inertia selling is when: - Unsolicited goods are sent to the recipient with a view to his acquiring them. - The recipient has no reasonable cause to believe that they were sent with a view to their being acquired for the purpose of a business - And the recipient has neither agreed to acquire nor agreed to return them f) ...read more.

(1 mark) 1. Lord Clyde used the literal rule for deciding the case ii. Describe that rule of statutory interpretation in your own words. (1 mark) -The literal rule is that rule in which the words of the statute are provided in their real ordinary and simple meaning. The judges don?t use phrases which aim to sense of the statute. iii. Explain how Lord Clyde referred to the impact of EU law and what effect this had on his decision. (2 marks)[10] ?Mr. Sales referred to the three European Directives on the approximation of the laws of member states relating to insurance against civil liability in respect of the use of motor vehicles. These are the First Council Directive (72/166/EEC of 24 April 1972), the Second Council Directive (84/5/EEC of 30 December 1983), and the Third Council Directive (90/232/EEC of 14 May 1990).? iv. Name two other rules of statutory interpretation and provide a brief description or explanation of each one. (4 marks)[11] 1. Golden rule 1. The Golden rule is the opposite of the Literal rule and means that judges can shift their words from their real or ordinary meaning if it is necessary. 1. Mischief rule 1. Courts use this rule to establish the intention of the legislator. The idea of the Mischief rule is to discover mischief and defect in a statute and to apply a remedy for the same. ...read more.