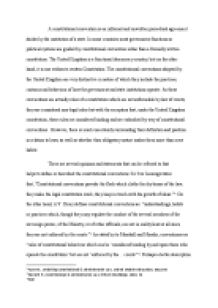 Constitutional Conventions of the UK