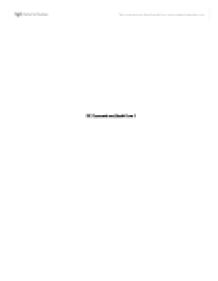 (This is seen in Marshall v Southampton Area Health Authority (Case 152/84)6.) However, this problem can be overcome if the possibility exists that a Directive has indirect effect: it may be used in a national court in interpreting the relevant national legislation, even if the Directive is too vague to be applied itself, or if the action is against another individual. This is so that national courts interpret national legislation 'so far as possible' in accordance with the aims of a Directive. Von Colson (Case 14/83)5 involved the appointment of two men as social workers. Two disappointed female applicants alleged that they had been discriminated against contrary to Directive 76/207. Under German law the applicants were only entitled to compensation in the form of travelling expenses. They alleged that Directive 76/207 had not been properly implemented in Germany because it did not provide for an effective remedy. The Court of Justice held that the provisions of the Directive as to remedies were not sufficiently precise and unconditional to be directly effective, on the other hand, the Court decided that national law should be interpreted in the light of its provisions, which required that an effective remedy be granted, and the remedy under German law was not considered adequate. Therefore the case founded the concept of indirect effect, and provides a different avenue for private parties to enforce the protection of their rights set down in EC legislature by ensuring that national courts interpret national law in the light and wording and purpose of the Directive. ...read more.

effect, indirect effect and Member State liability developed by the European Court of Justice in the cases: Van Gend en Loos (Case 26/62), Von Colson (Case 14/83) and Francovich (Cases C-6/90 & C-9/90). In each case, the remedies have clearly expanded the possibilities for private parties to be able to enforce their EC law rights in their national courts, all in significantly differing ways. Although this is most obviously can be seen as important progression of the European Communities in the sight of protecting private parties rights, each remedies creation seems purely to protect the European Communities legislation, rather than to investigate the Member States action in implementing or transcribing the EC laws. While on the whole, this allows for each Member State to maintain their own degrees of sovereignty, control, interpretation and discretion, the remedies do not suggest that the institutions of the European Community are willing and prepared to discipline Member States who are liable for not implementing legislation and penalise them for doing so. Much rather, they would ideally remedy the dispute by striving to directly or indirectly apply the EC legal rights into the national law of Member States. I declare that this piece of work is solely my own work and that I have not copied or plagiarised this work from any source, nor have I collaborated with others in its production except where instructed to do so by the module leader. I have read and understood the University regulations regarding plagiarism. I have not submitted this work as part of any other assignment. ...read more.