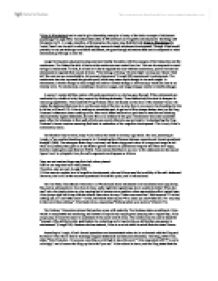 Alice In Wonderland by Lewis Carroll can be used in school psychology courses to teach adolescent development.

"Alice In Wonderland can be used to give interesting examples of many of the basic concepts of adolescent psychology" (Lough 305). The article titled Alice In Wonderland and Cognitive Development: Teaching with Examples, by G. J. Lough, describes, with examples, the many ways that the book Alice In Wonderland by Lewis Carroll can be used in school psychology courses to teach adolescent development. Though Alice herself probably is not yet at the age considered adolescent, she goes through adventures that can be compared to what adolescents go through in real life. Lough first explains physical development and identity formation with the example of the Caterpillar and the mushrooms. The Caterpillar tells Alice how the mushrooms can control her size. This can be compared to mood swings in adolescents. At first, it is hard for Alice to regulate her size with the mushrooms, just as it is hard for adolescents to regulate their moods at times. "The feelings of being '10 miles high' one day and 'about 2 feet tall' the next, are an uncomfortable, but normal, phenomena" (Lough 306) experienced by adolescents. The mushrooms can also represent the growth spurt, which may cause rapid change in size and weight. In adolescents, a drastic change in body image can lead to a drastic change in self-concept, which can lead to an identity crisis. ...read more.

The Tea Party Alice attends while she is in Wonderland shows adolescent over-confidence and impulsivity. She, just as adolescents do from time to time, walks right into logical traps she is unable to defeat. When she can't win, she simply gives up, also causing her to become more cautious when approaching other logical traps. Alice jumps right into a trap with the March Hare when he says "Take some more tea." She responds "I've had nothing yet, so I can't take more." To this, the March Hare replies "You mean you can't take less. It's very easy to take more than nothing." Alice backs down, responding "Nobody asked your opinion" (Carroll 71). The Duchess' Conundrum shows that caution comes with maturity. The Duchess states something to Alice which is complicated and confusing, and instead of impulsively replying and jumping into a logical trap, Alice simply says it would be easier to understand if she could write it down. This incident can be used to teach the "concept of the ability to defer gratification by restraining one's impulsivity, an ability than can appear in adolescence" (Lough 310). Because she has matured, Alice is now not afraid to admit that she doesn't know. According to Lough, Alice's formal operations are demonstrated when she is confronted with the King and the Knave Trial. ...read more.

The last section of Lough's article deals with mushrooms and strange characters teaching other concepts in adolescent psychology. The mushrooms and the bottle with the note saying "Drink Me" can symbolize an adolescent's relationship with drugs and alcohol. "Do adolescents seek altered states out of rebellion, out of a lack of religious meaning in their lives, or because of a desire to escape the painful feelings involved in growing up? These and other related questions can be pursued using Alice's "trip" as an example" (Lough 313). The weird characters Alice meets define Alice's social developments. She is able to make up her mind about each character without having to give in to the pressure exerted upon her. This can be compared to an adolescent's conflicts with peer pressure. Lough notes that Alice In Wonderland is not a useful source for teaching adolescent sexuality, perhaps because "mid-19th century English society may have prevented Carroll from incorporating s****l motifs into his story" (314). In the book, Alice awakens from a dream that has taken her through the stages of an adolescent. Lough notes that "the dream represents the unconsciousness of the pre-adolescent state of mind. The fact that Alice awakens from her dream shows that she has successfully completed her initiation and is now able to re-enter the everyday world. But she re-enters as a new person with new skills and strengths" (314). Her waking up from her nap might symbolize one's growth through the stages of adolescent psychological development. ...read more.