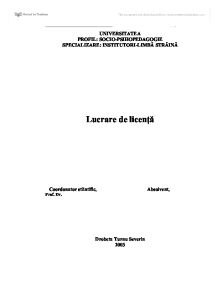 The English Romantics and the Theme of Nature. C.M. Bowra applies the term Romanticism to a phase of English poetry which began in 1768 with Blakes Songs of Innocence and ended with the death of Keats and Shelley:

"There was a time when meadow, grove, and stream, The earth, and every common sight, To me did seem Apparelled in celestial light, The glory and the freshness of a dream. It is not now it hath been of yore;- Turn wheresoe'er I may, By night or day, The things which I have seen now I can see no more." The time when the perceived the surrounding nature with the eager awareness of the child had passed away. b. the middle stanzas (V-VIII) examine the nature of the glory stated in the first lines and explain it by a theory of reminiscence from a pre-natal existence. According to Wordsworth, a child has memories, which he gradually loses of a blessed state in another world before death. c. the last three stanzas have perished, life has infant joys, the poet, however, does not try to recapture them. He fights for a more in the concluding lines, that is not sorrow but is deeper than joy: "Thanks to human heart by which we live, Thanks to its tenderness, its joys and fears, To me the meanest flower that blows can give Thoughts that do often lie too deep for tears." I. A. Richards (in Cl. Brooks, The Well-Wrought Urn, 1962, p. 145) analysed the relation poet-nature in this poem and derived from it two doctrines which Wordsworth developed as to a life in or behind nature: 1. The mind of the poet at moments, penetrating "the film of familiarity and selfish solicitude", gains an insight into reality, reads Nature as a symbol of something behind or within Nature not ordinarily perceived. (In the Ode, the child, untarnished by "the film of familiarity and selfish solicitude", sees nature clad in a celestial light.) 2. The mind of the poet creates a Nature into which his own feelings, his aspirations and apprehensions are projected.(In the Ode, the child projects his own joy over nature as the moon projects its light over the bare heavens.) ...read more.

The writers were dependent on various features peculiar to their time : a reaction against previous literary styles, arguments with eighteenth century and earlier philosophers, the decline in formal Anglican worship and the rise of dissenting religious sects, and the rapid and unprecedented industrialisation of Britain and consequent changes in its countryside. Above all, however, it was the impact of the French Revolution which gave the period its most distinctive and urgent concerns. Following the Revolution itself, which began in1789, Britain was at war with France on continental Europe for nearly twenty years while massive repression of political dissent was implemented at home. Against this background much of the major writing of the period, including its Gothic fiction, can be seen as a response to changing political and social conditions in one respect or another. Given the political repression, for example, much of the fiction can be understood as an indirect exploration of issues of gender and power whose direct expression was either unthinkable or censored. It was a revolutionary time for poetics: arguably it was during this time that the foundation of modern poetry were laid. The poets debated the new significance they wished to see in poetry: they wrote accounts of their theoretical beliefs, and wrote too with a remarkable openness in letters, diaries, and notebooks about the process of writing, their friendship, their travels, and their metaphysical inquires. The influence of the English poetic tradition on the works of the Romantic writers could be possible because they laid "the knowledge and experience of all ages under a heavy tool", because they based their poetry on the knowledge and experience of the previous ages. If the Classical writers were explored anew by the genius of Shelley and Keats, the Middle Ages inspired the novels of Scott and the poems of Coleridge and Wordsworth. Except the great range of subject, the abundant output of literary productions made the Romantic period is one of the most fertile periods in English literature. ...read more.