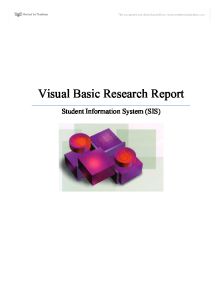 VB 1.0 was introduced in 1991. The drag and drop design for creating the user interface is derived from a prototype form generator developed by Alan Cooper and his company called Tripod. Microsoft contracted with Cooper and his associates to develop Tripod into a programmable form system for Windows 3.0, under the code name Ruby (no relation to the Ruby programming language). Tripod did not include a programming language at all. Microsoft decided to combine Ruby with the Basic language to create Visual Basic.

The purpose of this report is to identify how Visual Basic might play a part as a component of a new information system to be used in A for recording and maintaining student profiles.

This tier presents the user interface (UI) for the application, displays data and collects user input. This tier also sends requests for data to the next tier. This tier is often known as the presentation layer.

This tier communicates directly with the data store (SQL Server database, other type of database such as Oracle, Exchange data store, Excel workbook, etc.) and passes data between the data store and the business tier. This tier is also known as the data layer. 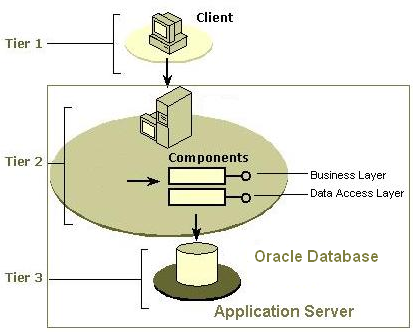 Following features of SIS will be handled in VB with correspondence to 3-tier architecture:

In order to make a webpage to make possible for students to access to the source their status, it is necessary to use Visual Basic Script (VBS). VBS is the part of VB family, which includes the Microsoft VB (Visual Basic) Development System and VB for Applications. Mostly VBS is a division of the VB for applications programming language.  Developers of Microsoft developed this programming language in order for VB developers to influence their awareness of VB and VBA in Internet scripting. It is a technique that applies in Hyper Text Markup Language (HTML). VBS uses relatively easy syntax thus it is very easy to learn for those who have some basic knowledge about VB, even for the people who don’t know anything about programming languages. Therefore it allows people for easier approaches to programming analysis and making it than general programming languages (Java, C language). In addition, it is also easy to change existing programs so it embraces the security problems. Consequently, if College uses this programming language to run academic and administrative records, it has a possibility to get attacked by hackers. In results, there might be a serious exposure of personal information as well as administrative documents.

(2003, VBScript in a Nutshell second edition,O’reilly)

For the enormous success of VB (Visual Basic) there are quite several reasons as given below: 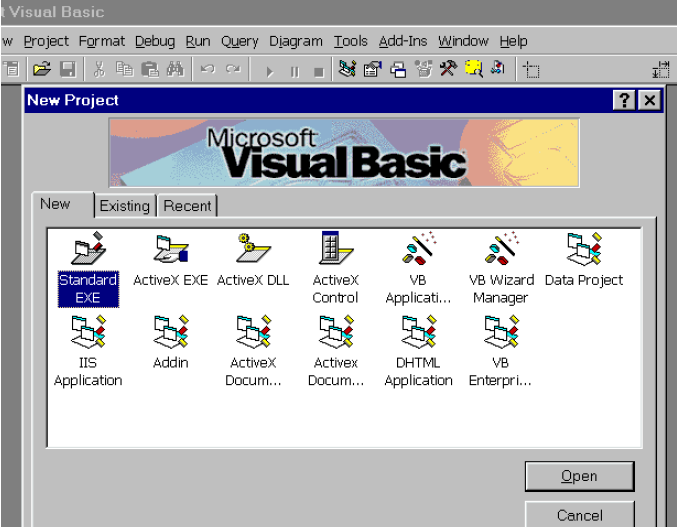 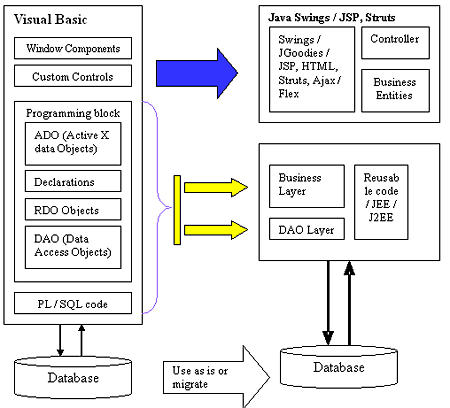 Structure of a Visual Basic Application

2010. What is the importance of Visual Basic? Wikianswers. Retrieved from: http://wiki.answers.com/Q/What_is_the_importance_of_Visual_Basic

Visual Basic From Wikipedia, the free encyclopedia. Retrieved from:

This student written piece of work is one of many that can be found in our University Degree Information Systems section.