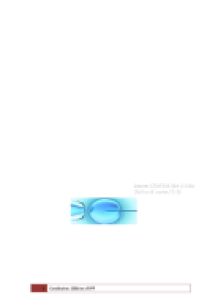 This report aims to outline the processes, eligibility criteria and Medicare funding involved with IVF in Australia, and discusses in-depth two ethical issues associated with IVF in relation to the 42 year old woman scenario.

﻿________________ Table of Contents: Table of Contents: Introduction: Processes of IVF: IVF in Australia: Eligibility Criteria: Medicare Funding for IVF: Ethical Issues of IVF: Rights of the Mother: Rights of the Child: Conclusion: Reflection: Appendix ? References: ________________ Introduction: In vitro Fertilisation (IVF) encompasses the fertilisation of an egg by sperm outside of the human body and is currently a leading treatment for infertility. This report aims to outline the processes, eligibility criteria and Medicare funding involved with IVF in Australia, and discusses in-depth two ethical issues associated with IVF in relation to the 42 year old woman scenario. Processes of IVF: Sources: (City Fertility Centre, 2009), (HCF, 2013) & (Virtus Health, 2013) Source: (Virtus Health, 2013) Source: (Virtus Health, 2013) IVF in Australia: IVF treatment is currently only available through the private healthcare system and despite overwhelming desires by infertile couples to have children; the cost of IVF fertility is still quite high as a result of insufficient support from the public healthcare system. Despite Australia?s relatively high first-treatment pregnancy rate of 47% and 19% for women under 30 and over 40 respectively (Virtus Health, 2013), there is no guarantee of success. Although IVF is available in Australia and regulated nationally by the National Health and Medical Research Council?s Ethical Guidelines on the Use of Assisted Reproductive Technology in Clinical Practice and Research (2007), legislation for IVF is State/Territory regulated (NHMRC, 2013). Eligibility Criteria: A couple is considered infertile after 12 months of regular unprotected intercourse without fertilisation (City Fertility Centre, 2009). Causes of infertility may range from blocked/absent fallopian tubes and irregular ovulation of the female to low sperm count/motility in the male. ...read more.

taxpayers of $30,000 per live birth through IVF in mothers between 30-33 years old and $187,000 for maternal ages of 42-45 years (Assisted Reproductive Technologies Review Committee, 2006). In the past there has been an increasing trend of Medicare expenditure for IVF from $25.6million in 1991 to $108.4 million in 2005, despite a recent cut of $50 million in the 2012 government budget for IVF (Assisted Reproductive Technologies Review Committee, 2006). Hence, the ethical question of whether the community should pay for IVF Medicare subsidies must be addressed. In considering this ethical dilemma and the relevant perspectives, several clashing opinions and conclusions prevailed amongst group members. Some members asserted the importance of human rights and the patient?s wishes, provided that the child?s rights and wellbeing were not infringed. Others argued for the negative ethical implications including consequential health risks and outweighing of such rights by utilitarian consequence. Contrastingly, one member specifically opposed the entire scenario, protesting against the act of ?playing God? and expressing the necessity of a father figure. A conclusion was thus reached whereby the woman was permitted the right to IVF given the associated psychological and health risks of IVF to the child were addressed. Rights of the Child: Subsequently, the rights and interests of the potential child are also important in examining the ethics of IVF. The Australian Human Rights Commission takes a rights based approach in ensuring that the complete physical, mental and social wellbeing of the child is fulfilled. (Branson, 2011). The first issue regarding the right of the child to grow up in a stable family unit opposes IVF, especially since the woman doesn?t have a partner/spouse. ...read more.

Aim Responsibility Member Understand IVF Research IVF process, eligibility criteria, Medicare funding Everyone Gain a holistic ethical view regarding IVF Decide on two issues + perspectives to explore them through Everyone Write report IVF process, eligibility, Medicare Student 1 Rights of mother (ROM) ? autonomy Student 2 ROM ? consequentialist Student 3 Rights of child (ROC) ? rights-based Student 4 ROC? sanctity-of-life Student 5 Reflection Students 2, 4 & 5 Refine report Compilation Student 1 Editing Everyone As our group had the privilege of working together during the Foundations course, we were able to cooperate better after understanding each other?s working styles. However, there were weaknesses we attempted to improve upon. In our previous collaboration, member roles were not clearly defined, with different people taking initiative when the opportunity arose. This time around, our roles were more harmonious as we each took turns in leading, listening and building up other?s ideas. This was clearly shown when we examined the first draft report together. We were able to discuss critically how each of our parts could be improved and also agreed to take turns in refining the report. However, complications still arose due to conflicting opinions regarding the two ethical dilemmas. In particular, whilst the importance of sanctity-of-life was unanimous, our individual definitions of human life were incongruent. As we could not simply settle these conflicting perspectives, we decided to discuss the basis behind them, allowing us to identify sensitive areas and thus prevent further conflict. Despite our weaknesses and the difficulties encountered, we felt our overall cohesiveness was a strength that allowed us to work efficiently and produce a consistent and focused report. Consequently, we achieved our ultimate aim to improve our teamwork capabilities through exploring the ethics of IVF in relation to the clinical scenario. ...read more.