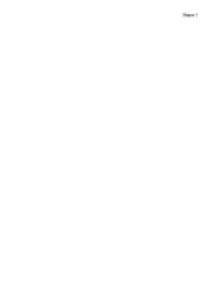 Should humans should be responsible for preserving endangered species and natural resources?

﻿Haines ________________ Marina Haines December 1, 2012 ENG-121 The survival of humanity has always been dependent on functioning ecosystems and our natural resources. In the past hunter/gatherer societies had a low population density and were largely nomadic which gave the environment time to replenish and regenerated any resources that were used. As the population increased and humanity advanced, resources were depleted faster with less time for recovery. The species Homo sapiens is unprecedented and unparalleled among all life on Earth in that it?s sentience and intelligence far exceeds those of other creatures. As such it is only natural to question if humans should be responsible for preserving endangered species and natural resources. In Our Vanishing Wildlife Theodore Roosevelt stated: ?We are, as a whole, still in that low state of civilization where we do not understand that it is also vandalism wantonly to destroy or permit the destruction of what is beautiful in nature, whether it be a cliff, a forest, or a species of mammal or bird. Here in the United States we turn our rivers and streams into sewers and dumping-grounds, we pollute the air, we destroy forests and exterminate fishes, birds and mammals' not to speak of vulgarizing charming landscapes with hideous advertisement? (In the Words?) ...read more.

Water pollution has led to a decrease in the number of various aquatic animals. Several aquatic life forms are on the verge of extinction such as manatees, and several species of dolphins, whales and salmon (Threatened). Migratory birds are known to change their course due to pollution or change in weather. Intensive agriculture and excessive use of fertilizers and pesticides are destroying the natural land and driving animals away. Respiratory diseases in human beings are another price that we are paying for polluting the environment, ingestion or inhalation of toxic substances increases the chances of having life-threatening diseases like cancer. Acid rain can kill trees, destroy crops and fish life in lakes and streams (Tyler, Miller G.). Pollution not only impacts the health of humans but also their economic wellbeing. As species become extinct, food sources that we were once able to harvest are lost. For example oysters have always been a profitable export for Maryland's fishermen, but as the bay becomes more polluted and oyster populations have dropped those dependent on oyster crops as income have suffered (Department of the Environment). For many people it is easier to see the effects of environmental mismanagement closer to home but deforestation in the rainforest also has deep running implications. ...read more.