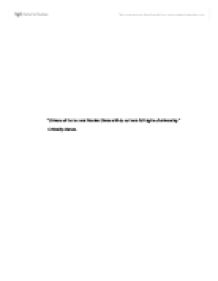 &quot;Citizens of the ten new Member States still do not have full rights of citizenship.&quot; Critically discuss.

"Citizens of the ten new Member States still do not have full rights of citizenship." Critically discuss. By its very nature, the European Union is destined to grow. Article 49 of the Treaty on European Union establishes that "any European state which respects the principles of liberty, democracy, respect for human rights and fundamental freedoms and the rule of law may apply to become a member of the Union."1 Since the fall of the Berlin Wall and collapse of communism 15 years ago, Article 49 was inevitably set to be implemented eastwards leaving the matter of time hinging on the question of how fast the former communist countries will meet the political and economical requirements to suit the Union's standards.2 By 2002, among thirteen candidates, eight Central and East European (CEE) countries, namely Poland, Hungary, Czech Republic, Slovakia, Slovenia, Lithuania, Latvia and Estonia plus two Mediterranean islands namely Cyprus and Malta were approved to fulfil the "Copenhagen criteria" by the beginning of 2004, setting therefore "the biggest and most ambitious enlargement in the EU history."3 For many external observers and analysts, however, the enlargement is often viewed in a rather abstract way, as it appears merely in terms of ten new states or ten new economies, thereby encouraging blindness towards the essence - nearly 75 millions of EU new citizens... At the end of the day it is the people who embrace the notion of a state and run its economy; it is they whose vast ...read more.

may constitute a significant barrier in reaching this goal. Furthermore, many ideologists see such a category of economic migration as "irresponsible and immoral" as it deprives the origin countries of their "energy, talent and skills."13 Considering the flip side of the coin there is to mention that for poorer states, the remittances often improve the welfare of migrants' non-migrating families and bring considerable capital to the home countries14, while short-term migration may also contribute to the acquisition of skills abroad; however in a longer perspective towards becoming fully integrated members of EU, CEE countries are nonetheless expected to adopt the mentality of intensive internal development, thereby improving their GDP by steady economic growth rather then by sending own labour abroad. Yet again, there is to mention that all the above is made on hypothetical assumptions of an increase in the number of migrants, the future level of which is uncertain and can only be predicted. While talking about the agenda behind the restriction policies for the European Market as a community entity, it is obvious that the issue is primarily economic. The common opinion is that despite the provision of the Article 14 of TEC15 the "EU is still working at the completion of the internal market."16 The subject becomes increasingly relevant in the light of the enlargement as the expanded market brings upon itself a new task of completion, whereas "the successful undertaking of this task involves not only actors on the supranational EU level but ...read more.

On the day of the enlargement, alongside the big celebrations, swarming protests were held in Latvian capital Riga by thousands of its Russian speaking residents28 whose main message to the EU was that such discriminative practices should be treated as intolerable on a European scale, whereas indeed, unlike the previously discussed 'barrier' for attaining the full citizenship rights it seems to lack any logical and legal reasoning. Save for the Baltic problem, it may be concluded with a certain degree of confidence that every new European State and its citizens have gained a whole new range of rights and opportunities upon joining the EU, be it the full political powers, economic prospects, cooperation in the areas of justice, as well as foreign, security and defence policies. Yet without prejudice to the newly joined states, their expected response and conduct may be characterised by the well-known proverb: "when in Rome, do as Romans do", whereas indeed, having received the great opportunity to integrate within one of the prestigious clubs on a global scene, the newcomers, before being confidently able to claim privileges would first have to prove the expectations placed in them. In order to succeed in such a responsible task, new Member States would have to stay logically conscious to the fact that any temporary restrictions should only be seen as an integral part of the steady expansion process, during which its 'architects' would try to avoid any possible slumps in building an ever-stronger Union. ...read more.