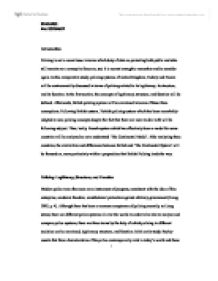 Introduction Policing is not a recent issue in terms which duty of state as protecting both public and state still remains as a concept to focus on, yet, it is current enough to remember and to consider again. In this comparative study, policing systems of United Kingdom, Turkey and France will be controversially discussed in terms of policing related to its legitimacy, its structure, and its function. In the first section, the concepts of legitimacy, structure, and function will be defined. Afterwards, British policing system will be examined in terms of these three conceptions. Following British system, Turkish policing system which has been remarkably adapted to new policing concepts despite the fact that there are more to deal with will be following subject. Then, lastly, French system which has effectively been a model for some countries will be analyzed so as to understand 'The Continental Model'. After analyzing three countries, the similarities and differences between British and 'The Continental System' will be focused on, more particularly within a proposition that British Policing leads the way. Policing: Legitimacy, Structure, and Function Modern police was often seen as an instrument of progress, consistent with the idea of free enterprise, academic freedom, constitutional protection against arbitrary government (Liang, 2002, p: 4). Although there has been a common acceptance of policing recently, as Liang stated, there are different police systems all over the world. In order to be able to analyze and compare police systems, there are three terms by the help of which policing in different societies can be examined; legitimacy, structure, and function. ...read more.

Additionally, the national police force and the jandarma are different in terms of their respective jurisdictions and responsibilities vis-�-vis the civilian government authorities (Celador, Gemma Collantes et al 2008, p: 8). Jurisdiction of the police geographically differs from the jandarma's jurisdiction; the police provide security in urban areas rather whereas the jandarma are responsible for rural areas. In terms of structure, the police force is centralized, thus, compared to western central administration models, this structure is excessively central (Cerrah, 2005).In terms of function, there is obviously a higher number of the jandarma compared to the police, although urban areas contain more population than rural areas. There are some 193,000 police whereas the jandarma are between 280,000 and 300,000 (Mercedes and Newburn, 2008). According to Mercedes and Newburn's study which is one of the last studies about Turkey and policing system, number of the jandarma is highly more than the police's. There are several reasons but, eventually, as a result of disproportional allocation, the priority is not welfare but the continuity of order in terms of administrative and political tasks in addition to crime prevention. Last of all, in terms of legitimacy, police legitimacy derives from law rather than public. After legislation through the EU twinning projects, for example with amendments and modifications on Law on Powers and Tasks of Police (1936), the government has aimed at changing consideration of police as a 'service' rather than 'power'. Nevertheless, in practice, this is not easily possible. ...read more.

There several attempts contrast to thought because of which the Met was established. Furthermore, during the 70s the developments in police riot brought the English police closer in their riot tactics and equipments, yet, unlike continental neighbours, employers were not specialized riot squads (Emsley, 1991). Finally, the men, responsible for creation the English police during the 19th century, wanted to restrict the political and military nature of the new police, but Emsley states that despite these reasons of creation of English police, the economic, political and social nature of Victorian England was instrumental in helping some people to achieve their aim (1991). By contrast with whom see centralized system as incorporating problems of non-accountability and partisanship, Mawby critically examines this idea. Firstly, one should not assume that locally, community-oriented systems are necessarily panaceas; they may incorporate problems of non-accountability, elite control and partisanship. Secondly, however, although political policing has been more a future of policing systems in countries where the police are militaristic, there is no clear relationship between the presence of one, central police system and these features. Nor is a central system necessarily incompatible with local accountability. Last of all, as illustrated in his study, the presence of absence of a single, centralized police is no more evidence of a 'police state' than is the presence or absence of the jury system (Mawby, 1992, p: 125-126). Today, in terms of function, structure, and legitimacy, community-oriented systems are seen more advantageous, but privacy and liberty of individuals are threatened by the surveillance, bugging and file-keeping methods of modern police (Manwaring-White, 1993). ...read more.