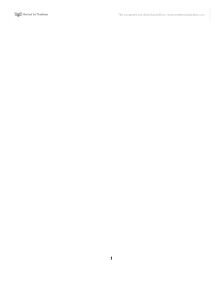 Gender differentials in the allocation of education have a marked effect on household income and welfare. Discuss with reference to Sub-Saharan Africa.

'Gender differentials in the allocation of education have a marked effect on household income and welfare.' Discuss with reference to Sub-Saharan Africa. Numerous studies spell out the various and specific benefits of female education in developing countries in addition to those of male education; benefits that are seen to contribute greatly to economic, social and individual development. Why then do gender disparities in access to education still persist in so many countries across the world? Part of the answer could be that female education does not necessarily have such a marked effect on individual household incomes (although there may be more significant increases in welfare in terms of health improved by better hygiene, nutrition etc), and that those bearing the private costs of the girls' or women's education do not receive the full benefits of it because most of the benefits accrue on the social level (Hill & King 1993, p. 23). In order to assess such arguments this essay will examine the various benefits propounded trying to distinguish which are private returns and health benefits and which are social, national benefits. First, however, we will have a look at the current state of women's education in the region of sub-Saharan Africa (SSA) as a whole, some trends since the 70s, and a few female disadvantages in accessing education that are specifically important in SSA. By then examining the benefits of women's education as well as the associated costs, we will see of how this gender gap is braking development, and will then discuss what the challenges are for policy to overcome the disincentives to female enrolment posed by these direct and indirect costs. I will conclude that because the benefits of women's education are predominantly social, there is a strong case for increased and perhaps disproportionate public investment in female education, not simply by increasing supply (spaces in schools, gender quotas etc) ...read more.

to be higher than female at the primary level, female returns are higher than male's at the secondary and university levels (Appleton et al p. 326). Another purely social, and indeed national, benefit is that as more educated women work more hours in the market labour force, the tax base is broadened giving the government the option to lower the overall tax rate reducing that disincentive to undertake readily monitored market production activities, as part of attempting to spur investment and growth. And he notes that whereas men's schooling appears to have a negative effect on women's market labour supply, women's schooling has no effect on men's (Schultz 2002, p. 215-216). This tax base benefit of more women entering the labour market, however, has to be weighed against the possibility that daughters might be withheld from schooling to compensate for the less time the mother can spend on housework. But on the other hand, when young women spend time in waged work and do not marry as early, the parents are more likely to get a share of the future profits of educating their daughters, and will be more willing to make that investment (Hill & King 1993, p. 27). Although, schooling might not always be seen as a purely economic investment. E.g. in rural Ethiopia parents value female education because it is perceived to increase cleanliness. This shows that improved hygiene and health are direct benefits, and not merely externalities, of education and thus influence parents' decisions (Appleton et al 1996, p. 316). Costs / Disincentives to female education In the end, whether or not a girl goes to school will generally be the decision of the parents. So given all the above benefits, what are the main hindrances and disincentives to female education in SSA? Apart from the direct monetary costs such as uniforms, transportation, books and stationary etc that persist even when tuition is free, there are great opportunity costs to the education of girls. ...read more.

for organisational needs such as record-keeping (Hyde 1993, p. 127). Other ways of inducing demand and showing how women can productively employ their schooling is by giving them access to managerial, non-agricultural and extra-familial jobs through culture-specific institutions, perhaps such as farm extension activities facilitate off-farm employment for better educated daughters (Schultz 2002, p. 217). When saying that considerations of the broader policy environment are of importance one should also not forget the impact of structural adjustment policies advocated by the World Bank and International Monetary Fund throughout SSA and the developing world, because as Hyde puts it, especially the associated 'privatization of the public sector, including education, could widen the chasm between those girls who get an education and those who do not', as more of the cost of an education is put on the household (Hyde 1993, p. 129). Conclusion Although the gender gap is shrinking, disparities in educational access and attainment between males and females in large parts of SSA remains a problem which seems to be hindering or slowing development. The schooling of women has stronger correlations with improvements in the main human development indicators than that of men; improvements in life expectancy, infant and maternal health, and even national productivity, GNP, that are foregone when female access to education is limited. Going through the benefits and gains from female education, the majority seem to be mainly social. Whether or not, or to what extent, they will have any significant effect on the individual household is more uncertain and can vary greatly depending on how these benefits might strengthen each other or not, and given the specific contexts determined by cultural and institutional factors as well as socio-economic and political conditions. This seems to be the main hindrance specific to female education, and because the social gains at stake are so extensive, increased public investment is more than justified. How exactly this investment is to take place in order to be most efficient, however, is difficult so say since it would need to be tailored to distinct local context specificities. ...read more.