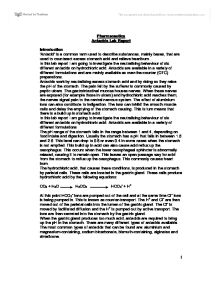 In this lab report I am going to investigate the neutralising behaviour of six different antacids on hydrochloric acid. Antacids are available in a variety of different formulations and are mainly available as over-the-counter (OTC) preparations.