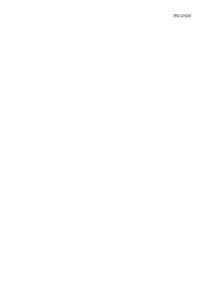 ﻿Mona Siam ________________ Examining Role Of Education 1. Upwardly mobile? means allowing the talented (based on ability and effort) moving to a higher social class; acquiring wealth and status. 1. Criticisms of ?new vocationalism?: 1. The youth training scheme (YTS), a course provides cheap labour for emplyers, undermines trade union power and keeps the unemployed statistics down. This is Dan Finn?s (1987) argument. 2. The YTS channels girls into traditional low paid women?s employment such as retail work. This is Carol Buswell?s argument. 3. The YTS serves capitalism by teaching young workers attitude and values needed not genuine job skills. This is Phil Cohen?s argument (1984). Overall the argument is that the new vocationals true functions are to serve the needs of capitalism at the expense of young people by reproducing existing inequalities. 1. The New Right prospective is a conservative political perspective with somewhat similar views to functionalism. They believe that some people are naturally more talented than others, the education should socialise pupils to share values such as competition as well as serve the economy. Furthermore, they believe that the role of education is to open competition which is a good thing for our society. ...read more.

The structure and processes of education systems are related to the general process of socialisation. Functionalist views are based on that society is a system of interdependent parts held together by a shared culture or consensus. They believe that like a human body, with each part helping us to stay alive, every part of society performs functions that help keep society running effectively. Functionalists think of education as a positive function for all individuals in society, which has a powerful influence over it. The aims of education in functionalism are to maintain social stability, keep society in consensus and resolve any conflict. Parsons argued that schools act as a bridge between the family and a wide society within the role of education being to promote universal values such as achievement, individuation, competition and equal opportunities. Education is the main secondary agent of socialisation, family being the primary agent. In advanced industrial society we are judged in terms of achieved status and universalistic values. That is to say we are judged in terms of what we achieve and schools prepare us for this. At school, our conduct is measured against the universal school rules and our status is achieved through examination. ...read more.

Davis and Moore (1945) argue that schools also perform a second function; that of selecting and allocating pupils to their future work roles. By assessing individual? aptitudes and abilities, schools help to match them to the job they are best suited to. However the new right criticise this and claim that the state education system fails to prepare young people adequately for work. This is because state control discourages efficiency, competition and choice. Ultimately, to some extent functionalism has contributed to our understanding of the role of education as it helps us understand that education is a vital social functions, acts as a bridge between the family and the world of work, gives everyone an equal chance of discovering and developing their talents and shifts and sorts individuals. However, there are many comebacks for these ideas such as the Marxist stating that education is a capitalist society only transmits the ideology of a minority- the ruling class and Dennis Wrong arguing that the functionalists have an ?over-socialised view? of the people as mere puppets of society. Functionalism is only one perspective and there are many different evaluations of it however it cannot be denied that it has contributed vastly to our understanding for the role of education. ...read more.