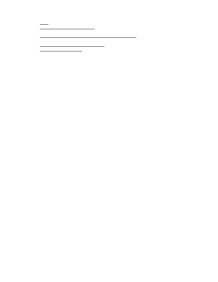 After reading and analysing the three Tony Harrison poems I found that, they portray many relationships between families with three members. In all of the poems Harrison was the son and they talked about the relationships between him and his father. The first poem is 'Book Ends'. This poem shows us how the death of the mother affects father and son. Throughout the poem, Harrison shows the broken relationship he has with his father, commenting "We never could talk much". His father's occupation was a baker; this can be seen from the words related to baking bread. An example can be seen from the following quote, "Baked the day she suddenly dropped dead", Harrison's father considered labour to be a male occupation., however this was incorrect as his father was ignorant and used to mock his interest in poetry and calling him a "scholar", and making statements about Harrison being unable to inscribe his feelings on his mother's gravestone, "You're supposed to be the bright boy at description". His father's bitterness towards the poet is a paradox, as he still requires Harrison to help him through this sad period, "At night you need my company to pass". ...read more.

Harrison shows an understanding of his father when describing how his father developed a reality in his mind where the mother was still alive, "Dad kept her slippers warming by the gas", and also knew that his father was embarrassed of this practice, "He'd put you off an hour to give him time to clear away her things and look alone". By the end of the poem it is clear that the father is dead, "You haven't both gone shopping", as the father believed that the mother had just gone shopping and would return, Harrison applied the same logic to his father's death. The poet makes similar actions by creating his own reality, in order to cope with the loss of his father, "in my new black leather phone book there's your name and the disconnected number I still call". This also links to the idea of 'Book Ends' by the mother's definition, as both the poet and his father use similar methods to endure the loss of a loved one, therefore showing similarities in personality. The last poem,'Marked With D', describes the cremation of his father, using words to with baking, which cause shock in the context that they are used. ...read more.

These topics are the relationship between the poet and his father, the poet's father's love for his wife and his attitude to death. The poet and his father are shown to have many differences, religious beliefs amongst the many, but both show similarities in their methods of coping with the loss of a loved family member. Superficially it would seem that the poet has dealt with the subject of death in a way calculated to amuse or entertain. His startling imagery, for example "chilled dough of his flesh", "ash (not unlike flour) for one small loaf", might raise a smile. Other lines reveal the misfortune of their lives, for example "Though my mother was already two years dead Dad kept her slippers warming by the gas". This line allows us to feel his father's broken heart and his inability to come to terms with loss of his wife. Tony Harrison deals with the subject of religious beliefs in a decent manner. It is clear that his parents had conventional beliefs which the poet did not have. He is "sorry for his sake there's no Heaven to reach" displays that Harrison's parents had hope of entering heaven. The poet makes his absence of belief by using the following," I get it all from Earth my daily bread. ...read more.