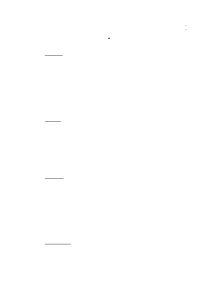 The Regency Era, generally referring to the time period of 1800-1820, was undeniably a time of pleasure seeking and over-indulgence

Steve Corliss Eng 101 Paper I Regency Gentlemen Amusements The Regency Era, generally referring to the time period of 1800-1820, was undeniably a time of pleasure seeking and over-indulgence. The Regency era represented a time when the current ruler, mad King George III, was incapable of performing his royal duties. Due to his madness, the King's son the Prince of Wales, a Regent and heir to the throne, was appointed to govern. The Prince of Wales was designated Regent in 1811 (Channel4). During this era people of the upper class had a great deal of leisure time, and their major task seemed to be to entertain themselves. Some of the more popular amusements of rich and fashionable Regency gentlemen were boxing, cockfighting, and gambling. During the reign of George I, fighting with swords became obsolete and battles were settled with fists. ...read more.

In addition to wagering on the outcomes of these fights, fashionable gentlemen sponsored fighters and often acted as promoters. The competition was not finished until one man lay unconscious, and this often took hours (channel 4). Despite the popularity of boxing, cockfighting was still considered to be the period's most widespread sport. Cockfighting ranged across all social classes. Tournaments were held between gentlemen, often geographically based with one area playing another. The cockpits were a common place where all social classes gathered to place bets and watch the match. Although even the smallest town had a cockpit, Regency gentlemen were known to hold contests at their own estate. This pastime was a common practice and even influenced furniture makers to offer cockfighting chairs (GI). Unlike bare-knuckle bouts between people, cocks were precisely paired by weight in all the more heavily staked cockfights. ...read more.

Members were known to bet on a variety of things. Bets ranged from counting the number of cats that would walk down opposite sides of a street, or who would marry one another, who would seduce who, and anything else they could think of. Gambling was so obsessive that a popular food item was invented because a man didn't want to stop gambling to eat. John Montague is said to have asked a servant to bring him sliced meat between two pieces of bread so he could continue gambling and not have to get up and eat (Micheletii). The Regency era produced a profound obsession with gambling and competitive violence. The rich and fashionable were disgraceful in their inability to find intelligent and moral entertainment. The Regency gentlemen occupied themselves with other tactless and less virtuous amusements such as drugs, porn, and alcohol. Nonetheless, the gentlemen of the Regency era held no standards in the way of entertainment. ...read more.