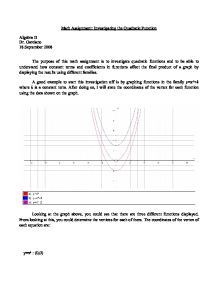 The purpose of this math assignment is to investigate quadratic functions and to be able to understand how constant terms and coefficients in functions affect the final product of a graph by displaying the results using different families.

A good example to start this investigation off is by graphing functions in the family y=x²+k where k is a constant term. After doing so, I will state the coordinates of the vertex for each function using the data shown on the graph. 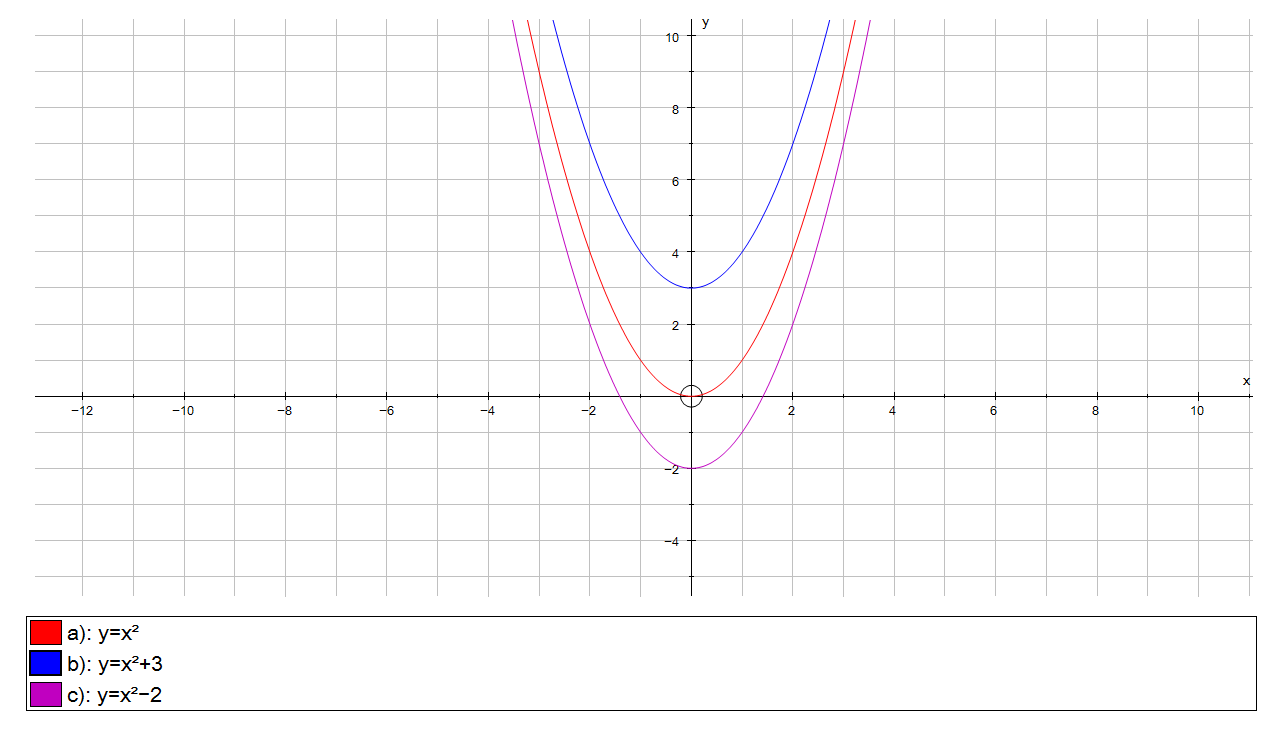 Looking at the graph above, you could see that there are three different functions displayed. From looking at this, you could determine the vertices for each of them. The coordinates of the vertex of each equation are:

Also, the significance in the constant term k can be viewed from the 3 equations on the graph. The position of the graph would vary depending on its value. This is because k in the equation y=x²+k is represented as the y-intercept. Therefore, k will affect the position of the graph vertical-wise. However at the same time, the value of k will not affect the shape of the graph because you could see that they’re all the same and because there is no variable that determines it. 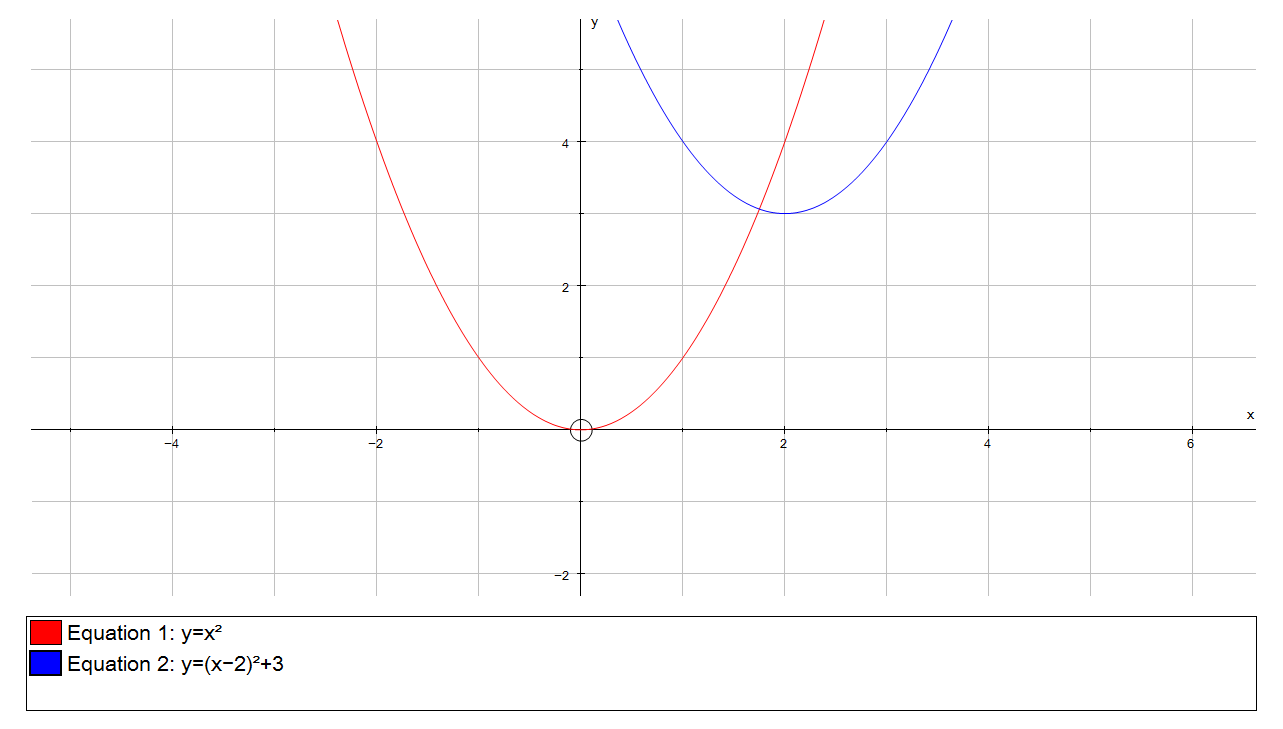 The shape of both graphs is the same since there is no variable included in the equation that could affect it and because they both look identical. However, you could see that the vertices of both equations are different. You could see from the graph that the vertex of the function y=x² is on the origin (0,0) and the vertex of y=(x−2)²+3 is (2,3). Therefore the positions of the two parabolas are different.

In order to understand more about the family and to certify that my comment is correct, I will use another demonstration by using the function y=(x+4) ² -1 first without using the assistance of technology with y=x².

Now I will illustrate it using technology. 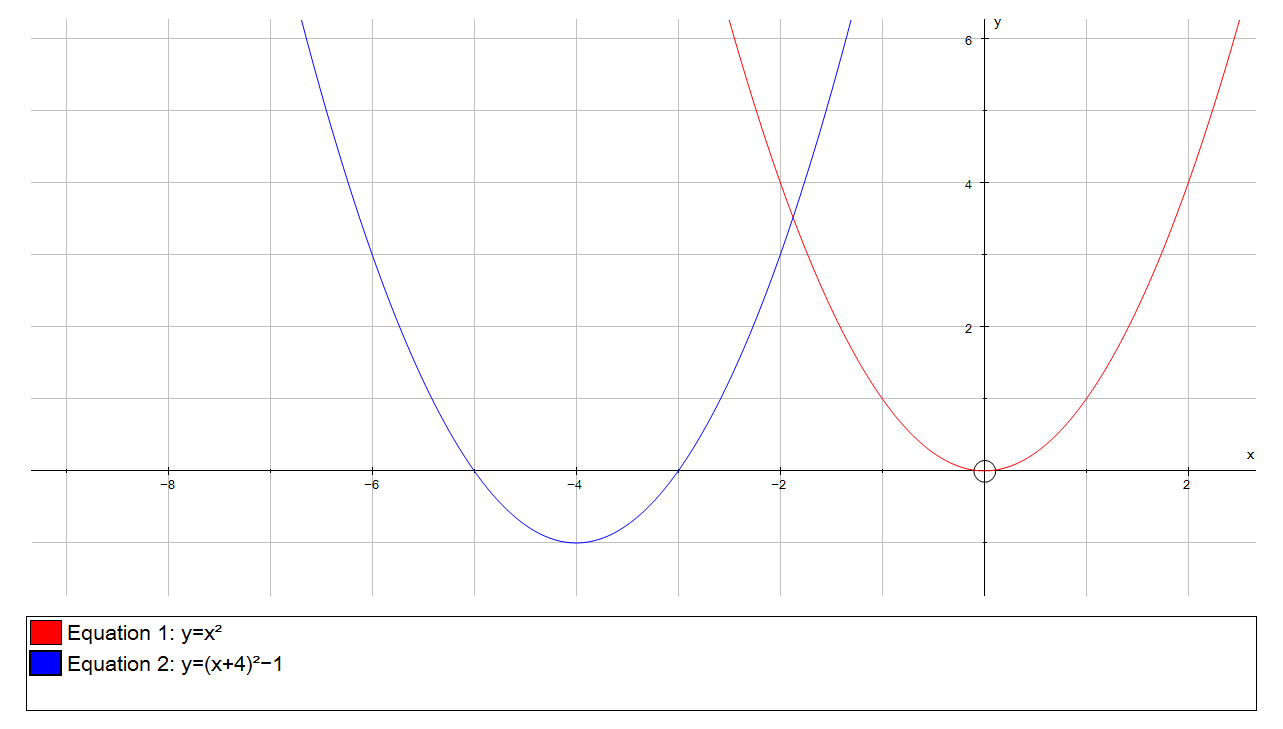 After sketching the graph, I could see how coefficients affect the family y=a(x-h) ² + k. In order to obtain coordinates of the vertices for y=a(x-h) ² + k, I put the variables (h,k). Using this method, the vertex will be: y=2(x-1)² + 3 → (1,3). The vertex of the family y=ax² is always at the origin which is also what I learned through this portfolio.

This time I used technology to get an accurate graph. 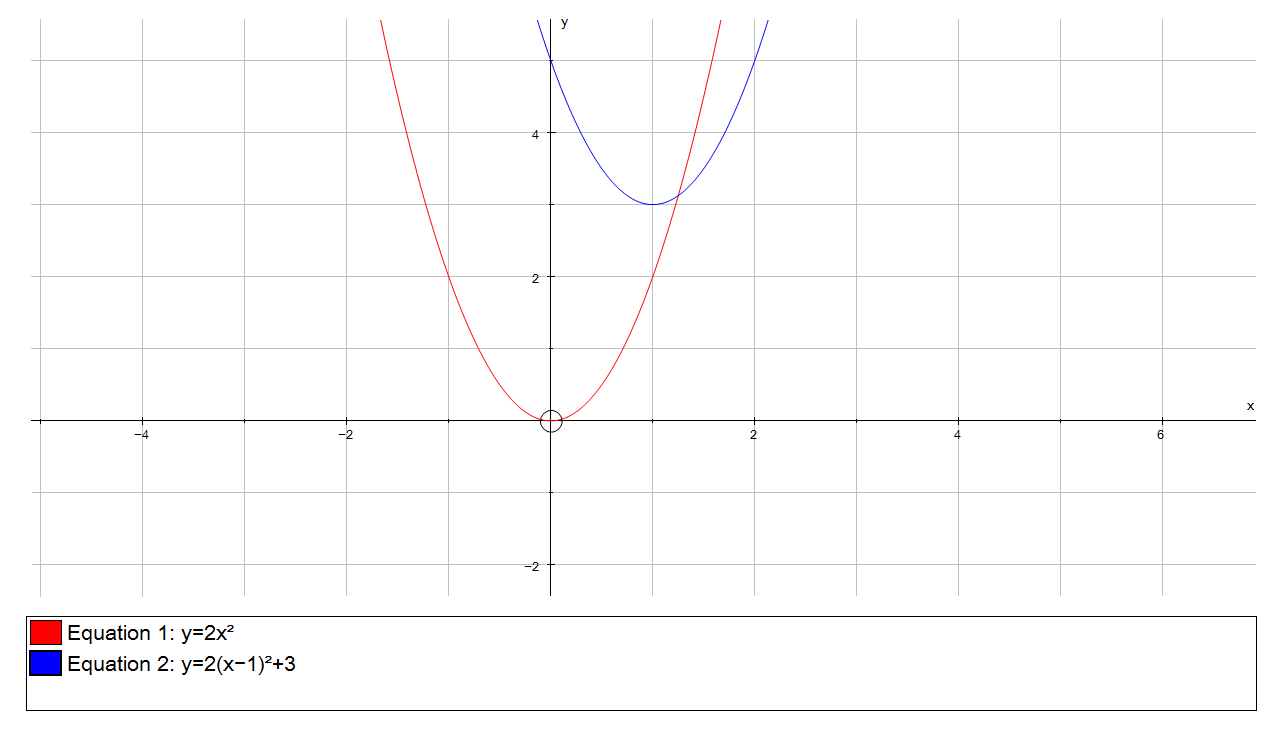 From the 2 previous graphs, I could that both of the parabolas’ openings are facing upward and have the same wideness since both coefficients are identical. However the position of Equation 2 is different from Equation 1.

Through the long series of experiments made in this portfolio, I was able to comprehend the significance of constant terms and coefficients and how they affect different types of families. Some of those effects are shape, position, and the direction of the openings. Also, I was able to interpret specific functions smoother by the end, and I basically was able to understand more about quadratic functions. I am sure I could imply on what I’ve learned through this assignment to problems in the future.