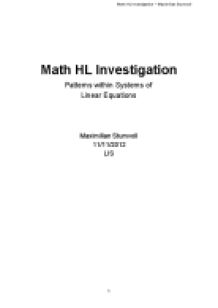 Patterns within Systems of

We consider this 2 x 2 system of linear equations:

As proof we can solve the simultaneous equations by the method of substitution. Rewriting the first equation as

and substituting for x in the second equation gives:

This we can solve for y:

Substituting this y-value into the second equation gives:

Now we have three equations for t which we can set equal.

This is the equation in which all planes of system (1) meet.

In the general model of 3 x 3 system a, b and c are always the first terms and d, e and f the common differences.

This system we can solve by row reduction:

From that we get

Now we can substitute for y and z:

Now we have three equations:

The all equal t so we can say:

This is the same equation as we got before and the algebraic proof that all the planes intersect in that line. No matter values a, b, c, d, e, or f have, any 3 x 3 system of equations where the constants follow an AS will intersect in the line

. We have proven our conjecture to be true.

This is a new 2 x 2 system of linear equations: 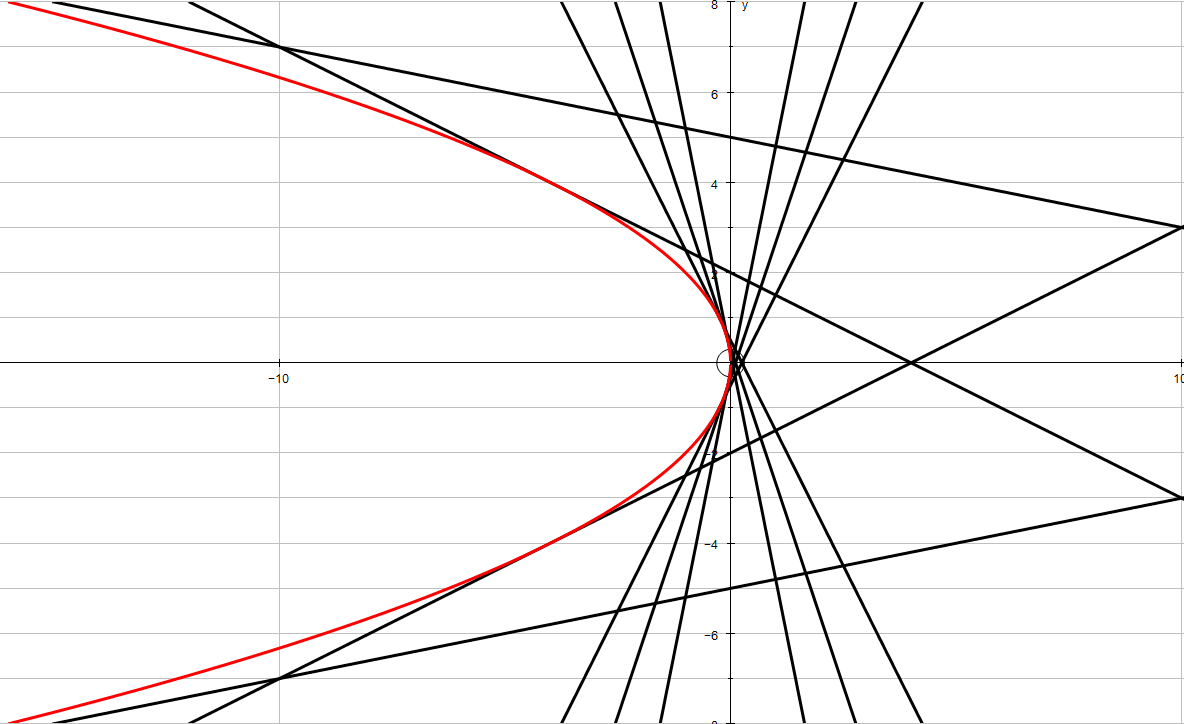 Now we can substitute for y in the first equation. This gives us:

Proof of the general solution

In this system r=2 and q=-1/2. Using the two formulas for x and y we received above we get:

If we now solve the system by elimination for x and y:

Substituting x = 1 into the first equation gives us:

We received the same solutions. This tells us our formulas for x and y in terms of r and q are correct. We can say that the solution to any 2 x 2 system of linear equations where the constants follow a GS will be: