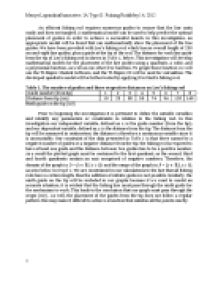 An efficient fishing rod requires numerous guides to ensure that the line casts easily and does not tangled. A mathematical model can be used to help predict the optimal placement of guides in order to achieve a successful launch. In this investigation, an appropriate model will be found that can mathematically show the placement of the line guides. We have been provided with Leo’s fishing rod, which has an overall length of 230 cm and eight line guides, plus a guide at the tip of the rod. The distance for each line guide from the tip of Leo’s fishing rod is shown in Table 1, below. This investigation will develop mathematical models for the placement of the line guides using a quadratic, a cubic, and a polynomial function, as well as one other free function. To graph these function we will use the TI-Nspire Student Software, and the TI-Nspire CX will be used for calcualtion. The developed quadratic model will be further tested by applying it to Mark’s fishing rod.

Table 1. The number of guides and there respective distances on Leo’s fishing rod

Using the GDC we are able to find the following values:

The comparison of the cubic model function with the original data points can be seen in Graph 2.

Graph 2. Comparison of quadratic model and cubic model with the original data points 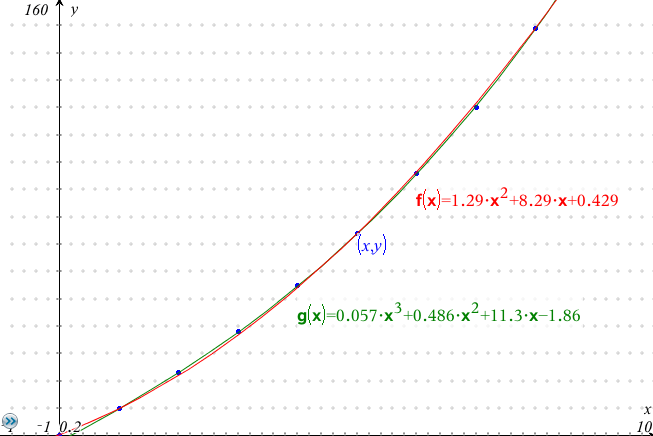 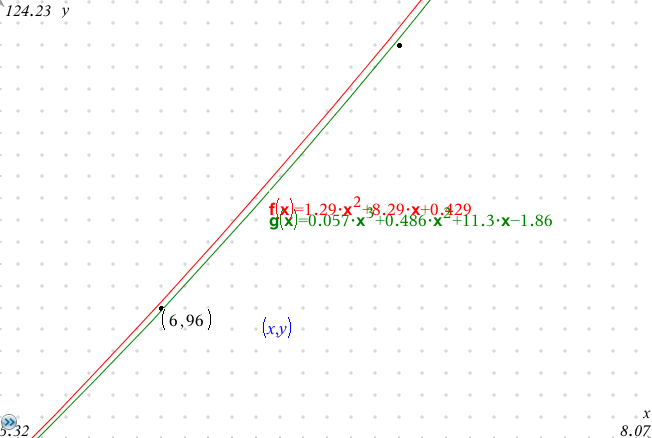 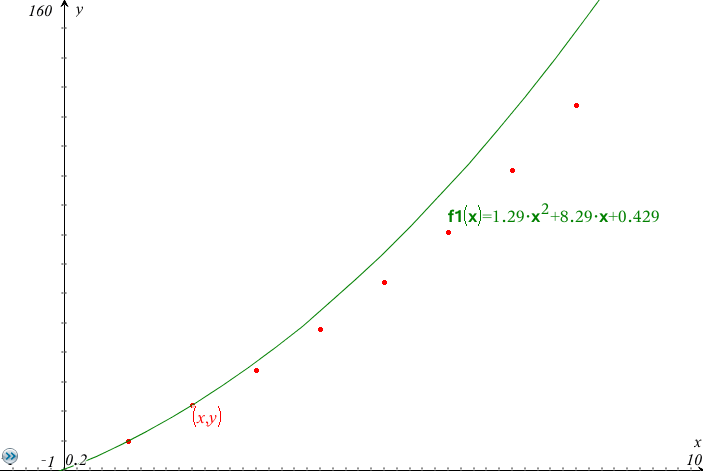 The quadratic model function does not fit the new data very effectively. It only passes through two points and completely misses the rest, as its exponential increase is greater. In order to understand the changes that are needed to improve the model we can use a quadratic regression on the GDC to find a line of best fit for Mark’s fishing rod.

The result is as follows:

And the improved quadratic model function is:

The new modified function for Mark’s fishing rod is: