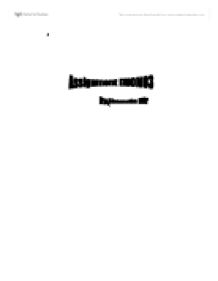 # 1. The notion of the critical friend The assignment will be structured as follows: first I shall make a review of the literature to understand the concept of the critical friend. Afterwards I shall reflect on my experience of acting as both observer and observed on one occasion with the critical friend. Finally I shall reflect on my strengths and areas of development and draw several conclusions. Definition "Critical friendship is a model of individual and collective action research that champions the co-construction of knowledge through collegial inquiry, conversation, and collaborative reflection within a climate of mutual vulnerability and risk-taking, trust and support" (Cochran-Smith & Lytle, 1991; Bullough, Knowles, & Crow, 1991). The role of critical friends has been introduced in many educational systems as a learning scheme that provides feedback to an individual (Costa and Kallick, 1993). The critical friends technique helps teacher to take a different view their teaching practice and critically examine their practice. Costa and Kallick (1993) define a critical friend as: "... a trusted person who asks provocative questions, provides data to be examined through another lens, and offers critiques of a person's work as a friend. A critical friend takes the time to fully understand the context of the work presented and the outcomes that the person or group is working toward. The friend is an advocate for the success of that work." (p50) Literature review 'Critical friendship' seems to be ambiguous in both its notion and practice. A person may be a friend but does not need to be critical and at the same time a person is critical but may not place himself to be a friend. 'Critical Friendship' is considered as a dilemma posed by merging norms of friendship with those of critique. Achinstein and Meyer (1997) further state that ''these dilemmas arise from fostering critical friendship in a novice teacher learning community. ...read more.

Planning and preparation The tutor did not have a scheme of work although had a comprehensive lesson plan (see APPENDIX b for the lesson plan). The lesson was on the topic of 'borrowing money from the bank'. The tutor outlined the aims and the objectives of the lesson; she also made a link to the previous session. Looking at the lesson plan it also describes the teacher and student activities. It has been noticed that these activities involve more of a group work and does not allow students to work on their own. The lesson plan does not address differentiation either. As observed the class consisted of mixed ability learners. It meant hat the aptitude of students in class was mixed. Therefore an attempt to set a common pace throughout the learning session would be ineffective. The tutor managed to finish the lesson in time. However the duration given for the group activities took longer than expected. Objectives The topic was introduced appropriately. The term 'borrow' was explained and also the difference between 'loan' and 'borrowing' was made clear. Then a task was given to the students. This was explained verbally and no handouts were given out to the learners. They were instructed to work in pairs and do a role-play on the topic. One student was advised to be a bank officer while the other was asked to be a borrower. The activity was not supported with the handouts therefore the students were confused on what to ask from each other. Then the tutor took over and prompted some questions, which the student A repeated. Similarly the students B was reluctant to answer back so tutor helped her to make up a sentence. This continued for 15 minutes. Then the lecturer continued with the same topic and decided to give them a pair work. The lecturer was standing in front of the board and obstructing what was written on it. ...read more.

An idea was put forward to give students homework on regular basis, as it will allow them to think on the topic on their own. During the observation it was noted by my critical friend that I started the lesson abruptly without involving the learners into health issues. She states that 'a recap on the previous lesson would have helped learners to recall their learning on the topic'. My critical friend also suggested me to use individual worksheets for the students, which were appropriate for their level. Since it was noticed that the students struggled to complete the individual worksheet (fill in the gaps). My critical friend praised me for having the lesson plan and the handouts organized. Furthermore she commented on my handwriting on the board, she thought that it was a bit small for the elderly people in the class. (I had a 57-year-old lady in the class who had a poor vision) It was suggested to teach new vocabulary by using the flash cards in the classroom. The students learn them much more easily this way. It will give them a chance to respond to what they see on the card with the words or phrases. My critical friend put an interesting idea forward of playing a video on the topic without the sound and learners could try to add a commentary to it. However this idea may not be practical for the teachers who teach in the community as most of the community venues lack in resources and may not be able to provide a video and the television. I was also advised to recap on the lesson and the learners should be involved to summarize the learning. 4. Reflections on my strengths and areas of development The feedback provided by my critical friend was very productive for me. This feedback has given me a lens that will help to elevate my work. This experience has helped me to evaluate my own ideas and get another view. Now I am prepared to implement, as far as possible all improvements suggested. ...read more.