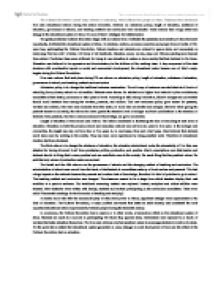 The cultural revolution in China and its reforms in education.

The Cultural Revolution caused many reforms in education, which affected the people in china. Chairman Mao introduced five main educational reforms during the culture revolution. Reforms on: admission policy, length of education, substance of education, governance of schools, and teaching methods and curriculum were dominated. These reforms had a huge affect and change to the educational system of china. It is one of Mao's strategies for totalitarianism The great proletarian Cultural Revolution began with an intense fever. It affected the peasantry and industry of china but most importantly, it affected the educational system of china. As students, workers, commune members and people from all walks of life were busy participating the Cultural Revolution. Schools teachers and students are ordered to ignore study and concentrate on destroying 'the four olds' of china. All forms of old textbooks, literature, music, movies, plays and Chinese painting were banned from school. ...read more.

This new enrolment policy gives access for peasants, workers and soldiers, who were once excluded from this sector, to enroll into universities and colleges. However while giving the peasants access to university, the reform also down graded the standard level of colleges and their qualifications in the selection of students. Even peasants, who has a minimum amount of knowledge, can go to universities. Length of education is the second main reform. The reform considered in shortening the time of schooling at each level of education. Education in both the primary schools and secondary schools was cut from six years to five years. In the colleges and universities, the length was also cut from four or five years to, in most cases, three and a half years. Mao believed that students could learn more by working in the society. They can learn more experiences by doing practical work. ...read more.

The traditional cramming method was replaced. Instead, analytical and critical abilities were stressed. New textbooks were written with faculty, students and workers participating in the curriculum committees. These were called "democratic meetings for the discussion of teaching and studying". A decade and a half after the communist party of china took power in China; significant changes were implemented in the field of education. The Cultural Revolution, a major political movement that lasted an entire decade, had constituted the most important educational reform experienced by Chinese people during the twentieth century. In conclusion, the Cultural Revolution had a massive or in other words, a tremendous affect on the educational system of china. Students are much too involved in participating CR where they ignored study. Intellectuals were replaced by a bunch of workers that lacks education themselves. The five main reforms only had practical values to encourage students to work no to study. All the point above stated that educational system generated so many changes in such short period of time and the affect of the Cultural Revolution had on education. ...read more.