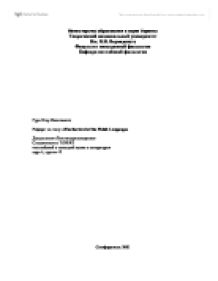 The Survival of the Welsh Language

In 1842, a Royal Commission, looking into the state of education in Wales, noted that some Welsh boys employed at mines in Breconshire were learning to read English at Sunday School, but that they could speak only Welsh. This was intolerable to the commissioners. It was demanded in Parliament that an inquiry be conducted into the means afforded to the laboring classes of Wales to acquire a knowledge of the English tongue. The report of the Commissioners of Inquiry for South Wales in 1844 lamented the fact that "The people's ignorance of the English language practically prevents the working of the laws and institutions and impedes the administration of justice." It didn't seem to occur to the commissioners that it was their own ignorance of the language that was obstructing justice! The report led to another Royal Commission, conducted in 1847, which was to have a lasting effect on the cultural and political life of Wales. The report, in three volumes bound in blue covers, has become known as Brad y Llyfrau Gleision (The Treachery of the Blue Books, for the three young and inexperienced lawyers who conducted the report had no understanding of the Welsh language, nor, it seems, did they understand non-conformity in religious matters. Bright, intelligent and well-read Welsh-speaking children were unable to understand the questions put to them in English, and the surveyors pig-headedly assumed that this was due to their ignorance. Their report lamented what they considered to be the sad state of education in Wales, the too-few schools, their deplorable condition, the unqualified teachers, the lack of supplies and suitable English texts, and the irregular attendance of the children. All these were attributed, along with dirtiness, laziness, ignorance, superstition, promiscuity and immorality: to Nonconformity, but in particular to the Welsh language. One result, of course, of the publication of such "facts" led to so many of its speakers being made to feel ashamed and embarrassed. ...read more.

Ch as in the Scottish loch or the German ach or noch. The sound is never as in church, but as in loch or Docherty. Welsh words: edrychwn (edrych oon); uwch (youch ), chwi (Chee) Dd is pronounced like the English th in the words seethe or them. Welsh words: bydd (beethe); sydd (seethe); ddofon (thovon); ffyddlon (futh lon) Th is like the English th in words such as think, forth, thank. Welsh words: gwaith (gwithe); byth (beeth) F as in the English V. Welsh words: afon (avon); fi (vee); fydd (veethe); hyfryd (huvrid); fawr (vowr), fach (vach) Ff as in the English f. Welsh words: ffynnon (funon); ffyrdd (furth); ffaith (fithe) G always as in English goat, gore. Welsh words: ganu (ganee); ganaf (ganav); angau (angeye); gem (game) Ng as in English finger or Long Island. Ng usually occurs with an h following as a mutation of c. Welsh words Yng Nghaerdydd (in Cardiff: pronounced ung hire deethe) or Yng Nghymru (in Wales: pronounced ung Humree) Ll is an aspirated L. That means you form your lips and tongue to pronounce L, but then you blow air gently around the sides of the tongue instead of saying anything. Got it? The nearest you can get to this sound in English is to pronounce it as an l with a th in front of it. Welsh words: llan (thlan); llawr (thlour); llwyd (thlooid) Rh sounds as if the h come before the r. There is a slight blowing out of air before the r is pronounces. Welsh words: rhengau (hrengye); rhag (hrag); rhy (hree) The most common expressions that Welsh-Americans come across are Cymanfa Ganu (Kumanva Ganee); Eisteddfod (Aye-steth-vod); and Noson Lawen (Nosson Lowen) While preparing the essay the following publications and resources were used: Publications by Professor R. Rees Davies, M.A., D.Phil. All Souls College, Oxford: 1. The Age of Conquest. Wales 1063-1415, Oxford, 1991 2. The Revolt of Owain Glyn Dwr (Oxford, 1995) 3. The Matter of Britain and the Matter of England, Oxford, 1996 Internet resources: 1. www.bbc.co.uk/history 2. www.planet-britain.com ?? ?? ?? ?? 2 ...read more.