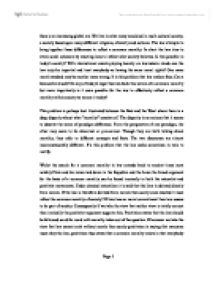 The law tries to attain social cohesion by enacting laws to reflect what society believes. Is this possible in today's society?

Ours is an increasing global era. We live in what many would call a multi-cultural society, a society based upon many different religions, ethnicity and cultures. The law attempts to bring together these differences to reflect a common morality. In short the law tries to attain social cohesion by enacting laws to reflect what society believes. Is this possible in today's society? With international events playing heavily on lawmakers minds can the law truly be impartial and treat everybody as having the same moral rights? One mans moral standard may be another mans wrong. It is this problem that law makers face. Can a balance be struck? Do any of today's legal theories back this notion of a common morality but more importantly is it even possible for the law to effectively reflect a common morality within society as we see it today? This problem is perhaps best illustrated between the East and the West where there is a deep disparity about what "morality" consists of. The disparity is so serious that it seems to deserve the name of paradigm difference. From the perspective of one paradigm, the other may seem to be abnormal or pre-normal. Though they are both talking about morality, they refer to different concepts and facts. The two discourses are almost incommensurably different. It's this problem that the law seeks sometimes in vain to rectify. Whilst the search for a common morality in law extends back to ancient times most notably Plato and his views laid down in the Republic and the Laws the broad argument for the basis of a common morality can be found ironically in both the naturalist and positivist movements. ...read more.

Thus in order to please the majority the lawmakers may ignore or even deny minorities their most basic moral rights. The views of the majority cannot discriminate against minority groups, even if moral opinion is against the views or practices of those groups. "History affords us many instances of the ruin of states ... the ordaining of laws in favor of one part of the nation to the prejudice and oppression of another, is certainly the most erroneous and mistaken policy ... An equal dispensation of protection, right, privilege and advantages, is what every part is entitled to, and ought to enjoy."2 Whilst such problems still exist the courts can attempt to compensate by testing the law for conformity to the fundamental values upon which the society is premised, a shared deeper constitutional morality. Whilst these values may be overlooked they are integral to democracy and thus the courts play a vital role in maintaining the principles of democracy. "Those individuals or groupings who believe that power is not being exercised in the common interest must be in a position to challenge a government decision."3 This leads on to the views that Dworkin holds on the law and morality. He believes that whilst rules should be used to decide simple cases legal and moral principles should be used to decide hard cases. It was upon this principle that the Palmer case4 was decided. The court had to decide whether a murderer could inherit the will of his grandfather whom he had murdered. ...read more.

Such laws do nothing to reflect a common morality. Most people would consider such laws draconian and outdated but yet they exist. These are only a few of the obstacles stopping the law from reflecting a total common morality. In conclusion the law attempts to reflect a common morality within a society as diverse as ours today but it constantly falls short. Both Kelsen and Hart agree that whilst the law derives much of its power from the people and their moral values it can never please society as a whole. There will always be a group or sub-group who feels neglected. Whilst the law may protect the minority under anti-discrimination law and human rights it still doesn't maintain their moral standards. In this respect the law will never be able to achieve its goal of reflecting a common morality. As long as different cultures and religions continue to be at odds with each other no number of moral principles as laid down by Dworkin or methods of social control, - stemming from moral rights - the law will never reflect the entire societies morality. Whilst it may happen one day, that day is many decades away and is unlikely to happen in any of our lifetimes. 1 The Concept of Law, P 56, H.L.A Hart 2 B. Franklin, Emblematical Representations (1774). 3 Philip Pettit, Supra, 34-35 4 Riggs v Palmer (1889) 22 NE 188 5 McCoubrey and White "Textbook on Jurisprudence", p 159 3rd Ed. 6 R. Dworkin, "Hard Cases," (1975), in R. Dworkin, Taking Rights Seriously (London: Duckworth, 1977) 7 Waluchow, supra, 15 8 Donoghue v Stevenson [1932] AC 562 9 Emile Durkheim "The Division of Labour in Society" ?? ?? ?? ?? Page 1 ...read more.