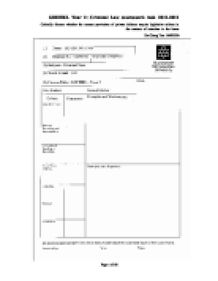 Under the current law, homeowners are permitted to use &quot;reasonable force&quot; against intruders.[3] However this standard is criticised for being unclear and weighted too much in favour of the intruders.[4] Under the proposed law, homeowners would be convicte

Introduction Following the high profile cases of Tony Martin and Munir Hussian,1 the UK Conservative Party has signaled it will introduce new laws providing householders with a stronger defense against criminal liability where they use force to defend themselves against intruders.2 Under the current law, homeowners are permitted to use "reasonable force" against intruders.3 However this standard is criticised for being unclear and weighted too much in favour of the intruders.4 Under the proposed law, homeowners would be convicted only where they used force that was "grossly disproportionate".5 This essay discusses whether such legislative reform is appropriate by first looking at how the current law operates and its main areas of criticism. It then analyses the proposed law and considers whether it adequately improves on the current law. The current law As a general rule in common law, householders are entitled to use "reasonable force" to protect themselves, others or their property.6 This rule provides householders with a justifiable defence against a charge of murder or other levels of assault where they kill or injure the intruder.7 The burden of proving the householders did not act in defence rests with the prosecution.8 The Court has made it clear that "reasonable force" bears the same meaning in the context of defence as section 3(1) of the Criminal Law Act 1967 (CLA)9 which provides that householders may use force which is reasonable in the circumstances to prevent crime or assist the lawful arrest of offenders or suspected offenders. As set out by Lord Justice Hughes,10 in determining whether the force actually used by the householder was reasonable in accordance with common law and s.3 of the CLA, the Court will apply the following two stage test11: (a) Did the householders believe that the use of force was necessary; and (b) In line with the belief, was the degree of force used proportionate? These stages have been codified by section 76 of the Criminal Justice and Immigration Act 2008 (CJIA) and shall be considered in turn. ...read more.

If householders act genuinely in self-defence with reasonable force they will be protected by the law. Householders will only be found guilty if they are found to have not acted genuinely in self-defence or if the force they used was excessive. This was the case with Tony Martin and Munir Hussain, and the rarity of such cases suggests the current law works well.44 Householders who are charged with a non-fatal offence can mitigate their sentence on the grounds of mistaken assessment of the appropriate degree of force.45 The proposed law The new law proposed by the conservative party would provide an absolute defence to householders against intruders in a building unless the force used was grossly disproportionate and had been apparent.46 This "grossly disproportionate" test does not constitute a new license to kill.47 Indeed, even under the current law, there are examples of acquittal or withdrawal of cases in which the householders have killed the intruders.48 Only cases where the act of self-defence is found to be unreasonable but also not grossly disproportionate will be affected by the new law. The proposed law does not effectively address the criticism of the current law. It is no clearer than the current law. Nor would it have remedied any perceived cases of injustice. Neither the Tony Martin nor the Munir Hussain case turned on whether the act of self-defence was disproportionate and so would not have been decided differently under the proposed law. Tony Martin was convicted because the jury found that the force he used was unreasonable and that he was trying to put justice in his hands to punish the intruders.49 Likewise, Munir Hussain's attack on his intruder was found to be retribution rather than self-defense.50 A perplexing feature of the proposed law is that only allows householders to use force in the building or part of the building51 when they are in the prevention of crime or in self-defence. ...read more.