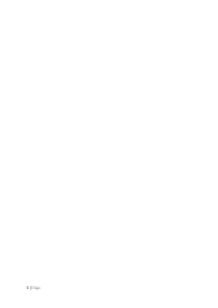 ﻿________________ Louis Althusser?s thesis that, ?Ideology represents the imaginary relationship of individuals to their real conditions of existence?[1] means that reality is always subjected to the system beliefs of the dominant culture. Born in Scotland, Christopher Murray Grieve strived to go against the dominant language system of English instigating a revival of the Scots language in literature. Reinventing himself in what Laura O?Donnell defines as: the ?Anglicised Gaelic pseudonym Hugh MacDiarmid?, he reconstructs himself as a Bard, in a hyperbolic attempt to define his nationalism[2]. He wrote in Scots from 1922, when he published The Watergaw, until 1929, when the limitations of the Scots language and the lack of monetary viability saw him move back to writing in the dominant English language. Roderick Watson highlights that, MacDiarmid, when advised to write in his old lyric style by the Scots Observer, wrote a ?furious letter which resolutely refused to consider the tastes of the Scottish reading public ?in any way??.[3] This essay will compare The Watergaw with MacDiarmid?s English translation, to consider the stylistic and ideological implications of the translation. I will argue that MacDiarmid?s sabotage of the English language was deliberate and that despite his antisyzygy he anglicised some of his words unnecessarily, conforming to the dominant English language system. MacDiarmid claims that the Scots ?vernacular has a wider range and infinitely richer resources than English? (RW, p.17). MacDiarmid?s deviant English translation of The Watergaw compounds this concept. ...read more.

MacDiarmid?s brief time of writing in the Scots language was the catalyst for a Scottish literature revival. His claim of antisyzygy against the English language seems ironic due to his continual synthesis of both Scottish and English and then eventual return to writing purely in English. Compounded by his vehement refusal to write in Scots again, seems to deny viability of his altruistic fight to revive the Scots language. Through stylistic analysis, this essay has shown how MacDiarmid used his English translation of The Watergaw, as a semaphoric device to hyperbolise the deficiency of the English language. Despite this deficiency, MacDiarmid soon returned to writing in English due to the lack financial and artistic reward. ________________ Simpson describes foregrounding as linguistics way of ?drawing attention to itself? or ?making strange?, using two devices: deviation from linguistic norms; or repetition of pattern through parallelism[10]. Gerard Manley Hopkins is one poet who made good use of foregrounding techniques in his poetry. To him, the world was full of ?inscapes?, his name for all of nature as designed by God. Hopkins?s concept of inscape was incorporated into his poetry where he used many design techniques to accentuate what he believed to be the natural rhythm of speech. The sound of the poem was paramount to Hopkins, and he devised a new form of metre called ?sprung rhythm? that allowed more freedom to his poetry. It meant that there was no limit to the amount of syllables used as only the stressed syllables were counted. ...read more.

However, according to the OED ?dom? can mean almost the opposite to Short?s interpretation. Not only can it relate more closely to royal status with the words ?position? and ?statute? being described but it also gives the sense of ?dignity?, ?domain? and ?realm?. Keeping with the religious interpretation, ?dom? is also ?a shortened form of L dominus, [that is] prefixed to the names of?monastic dignitaries?. All associate with the word ?king?, accentuating the falcon?s regality. To relate it to a religious perspective, the repetition of words associating with ?king?, infers a celebration of Christ?s life rather than his death. There is lexical cohesion of the words: ?minion?, ?king-?, ?dom? and ?dauphin?, as all are hyponyms of royalty. By breaking up the word ?king-/dom?, which both insinuate royalty, Hopkins is reinforcing the regal element by continuous repetition. Alternatively, Hopkins could have split the word to allow for ?king? to fit into the parallel end-rhyme scheme of the octave: ?riding?, ?striding?, ?wing?, ?swing?, ?gliding?, ?hiding? and ?thing?. Stylistic analysis helps to identify the levels of language employed, increasing the enjoyment and understanding of the poem. Gerard Manley Hopkins? passion for the sound of poetry was sometimes detrimental to comprehension. His prominent use of alliteration intensified the sound effect and this is particularly noticeable in the The Windhover. Although there are many more foregrounding techniques to be found in these two lines, this essay identifies some of the richness of Hopkins? methods that are common to his poetry, such as: Alliteration, parallelism, compound adjectives, capitalisation and end rhyme. Though due to lack of space has missed many more. ...read more.