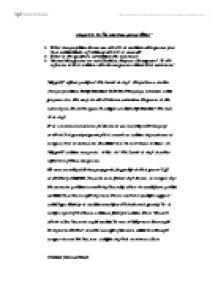 Elegy 19: To his mistress going to bed

Elegy 19: To his mistress going to bed > What imagery does Donne use which is used in other poems you have studied? Do u find any which is unusual? > What is the speaker's attitude to the mistress? > "Donne's love poems are not about love, they are about power". With reference to this and one other Donne poem evaluate this statement. "Elegy 19" reflects greatly on "The Sun Rising". They share similar imagery and are closely related in both their language, structure and progression. The way in which Donne structures the poem is also cunning as the techniques he adopts are directly related to "The Sun Rising". It is a common occurrence for Donne to use cosmological imagery within his poetry to portray his emotions and using extremes to compare his mistress too. In addition, he continues to do so in "Elegy 19" and we recognise it also in "The Sun Rising". Another reflection of these two poems. He uses cosmological imagery quite frequently in this poem "Off with that girdle, like heaven's zone glistering" Donne is comparing the woman's girdle to something heavenly, when in actual fact a girdle wouldn't have been anything more than a cushion used for support and shape. ...read more.

However, only as a way to entice his mistress to bed. By invoking the bed that Donne and his mistress share whilst being the centre of the sun's orbit this obviously turns the situation into something sensual rather than sordid. However, Donne is also suggesting that the sexual activity that will undergo in the bed is the centre f the universe, the most important thing he can see. Therefore, undermining he's passion for her and making the sex he will receive more important than the love shared between the two people. Moreover, he raises the bed to godly status in 'Elegy 19'. "Now off with those shoes, and then safely tread In love's hallowed temple, this soft bed". Donne compares the bed to a temple, a sacred place. By associating these two things he is anticipating the intercourse that will take place in the bed will be sacred as is anything within a temple. He uses the temple and combines secular and heavenly aspects as another way to seduce his mistress. The bed is a place where their love would be consummated and therefore she has nothing to feel guilty about, it is something that was meant to happen between the two lovers so instead of holding back she may as well enjoy herself. ...read more.

Furthermore, not only did he feel the need to obtain his own sexual gratification from her he is also a good example of a man's need for their wives to be faithful to them. In the time that Donne wrote his most famous poetry it was a necessity for the males to 'own' their wives, for them to be their property and for the males to dominate there relationships. Therefore, whatever passion a man felt for a woman it was always overpowered for the males need to be in control all the time. To conclude I believe that the critic was correct when claiming that Donne's poems were more to do with power than love. If not Donne's own opinions then they would have been opinions of the era. The aspects of which Donne peruses where not necessarily his own personal issues but issues that people were feeling all of the time around that period. Males being dominate over woman was an everyday occurrence. Therefore, he wasn't going to argue against society. He wanted to please the readership, and he did so by reflecting on things he believed were true and that culture at that time did to. ?? ?? ?? ?? Charlotte Sherratt 12AK ...read more.