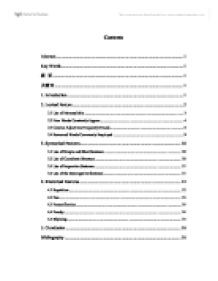 As the advertising cost depends on the length of an advertisement, compound adjectives are frequently used to express more information in limited space. In fact, a compounded adjective may consist of a group of words. As compound adjectives are formed in many different ways, they help make advertisements colorful and humorous. Observe the following examples. (1) best-selling desktop computers. (2) ......which demonstrate that this comfortable mid-size sedan handles the hazards of the road better than most? (3) Water World Hydro-active Moisture Masque will keep you in the water 24 hours. (4) But this fuel-injected 30-liter engine gives you more than just straight away speed. As we can see, English words can be combined flexibly. Compound words may be "adverb/adjective + -ing participle", such as "best-selling" in Example (1); or "adjective + noun", like "mid-size" in Example (2); or "noun + adjective", like "Hydro-active" in Example (3); or "noun + -ed participle, like "fuel-injected" in Example (4); or "a phrase or a group of words". In fact, compound adjectives also exist in other sorts of combination. For instance, "noun + -ing participle" (a relief- giving liquid), "-ing participle + adjective" (shining-clean), or even "adjective + infinitive" (easy-to-dress) (???, 2002, P405). Language never stops changing. Various kinds of compound adjectives make advertising language new and fresh, or vivid and colorful, thus rendering the product fantastic and marvelous 2.3.4 SUPER- & -Y Derivative adjectives also fulfill an important function of advertising texts." Super-" as prefix and "-y" as suffix are most frequently used among them. "Super-" is used to form nouns, adjectives and verbs, meaning (1). above, beyond or over; (2). to a great or extreme degree; (3). extra good or large of its kind; (4). of the highest kind. For instances, "supernatural", "super-light", "supersonic", "super-taste", "superfine", "super-calendared". This prefix describes a special advantage or quality of the advertised product in an exaggerative way so that the product leaves a strong impression on potential consumers. ...read more.

So the method of rhyming makes this short and widely spread for its beautiful tone and rhyme. In this way, this ad can enlarge their influence in the vying society world so that it can therefore increase the familiarity of this product. There is another example, too. "PK chewing gum, penny for a packet, First you chew it, then you crack it. Then you stick it to your jacket. PK chewing gums, penny for a packet." Please look at these lines carefully and try to find the characteristics of this ad. Of course, it is the rhyming that uses a lot in this advertisement. For the end of each line are with the same rhyme. This ad just looks like a beautiful scene and sounds like a harmony childish music. The rhetorical devices used in the advertising English can not only make the ads more vivid and expressive but also can make more customers buy the products they advertised. Besides this, for us English learners we can also absorb certain knowledge of the rhetorical devices. Therefore, in our daily lives, we can put more suitable rhetorical devices in the ads and put more rhetorical devices in our practical study so as to absorb more knowledge form the rhetoric. 5. Conclusion In summary, no matter what kind of structure, or content, or words are used in an advertisement, all of them serve the purpose of attracting ads readers, conveying information to them, and urging them to purchase the products or to use the service. That is what an ad for, and that is also the function advertising language performs. With the development of the times, advertising English will add new content, and form their own characteristics. The understanding of English is conducive not only to learn English, understand English national culture, values, but also for the effective promotion of China's products to entering the international market. The study and grasp of the English language advertising features help us to grasp the pulse of the development of English, expand horizons, and improve the understanding and appreciation of English language. ...read more.