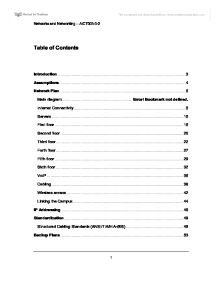 APIIT Law School is established to provide law degrees in Sri-Lanka from end of 2009.This new law school will be established in a newly purchased 5 floor building nearby the APIIT main City campus.

The business interaction and the IT infrastructure of the new law school will be independent from the main campus.

The proposed computer network should be able to provide high speed access to the internet and also  a connection between main campus and the new law school also should be established .the sharing of the network also should be controlled according to the different users .

The proposed network should be crash proof and should consist of backup plans in case of a network failure.

We proposed leased line connections compared to ADSL and Wi-MAX connections because according to Dialog Telekom PLC (2008) Wi-MAX broadband is a shared bandwidth services so actual speeds may vary due to many factors like internet traffic, selected plan, so there will be no static speed.

But according to Sri-Lanka Telecom (2008) leased lines are dedicated connection so speed will be fixed and it’s monitored around the clock to provide the highly reliable uninterrupted service. 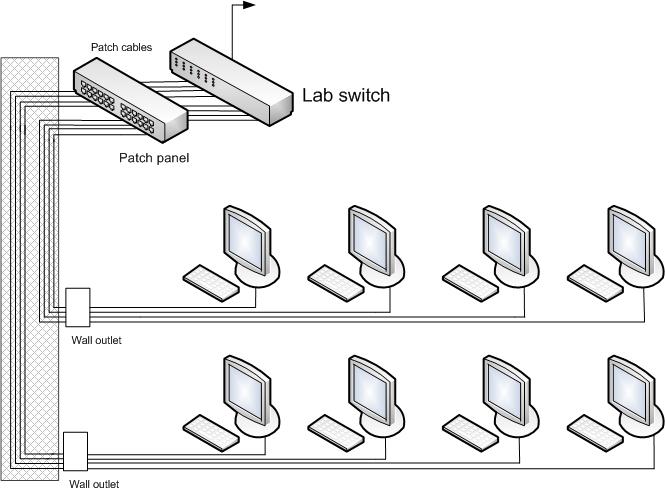 In the fourth floor all the class rooms are located. 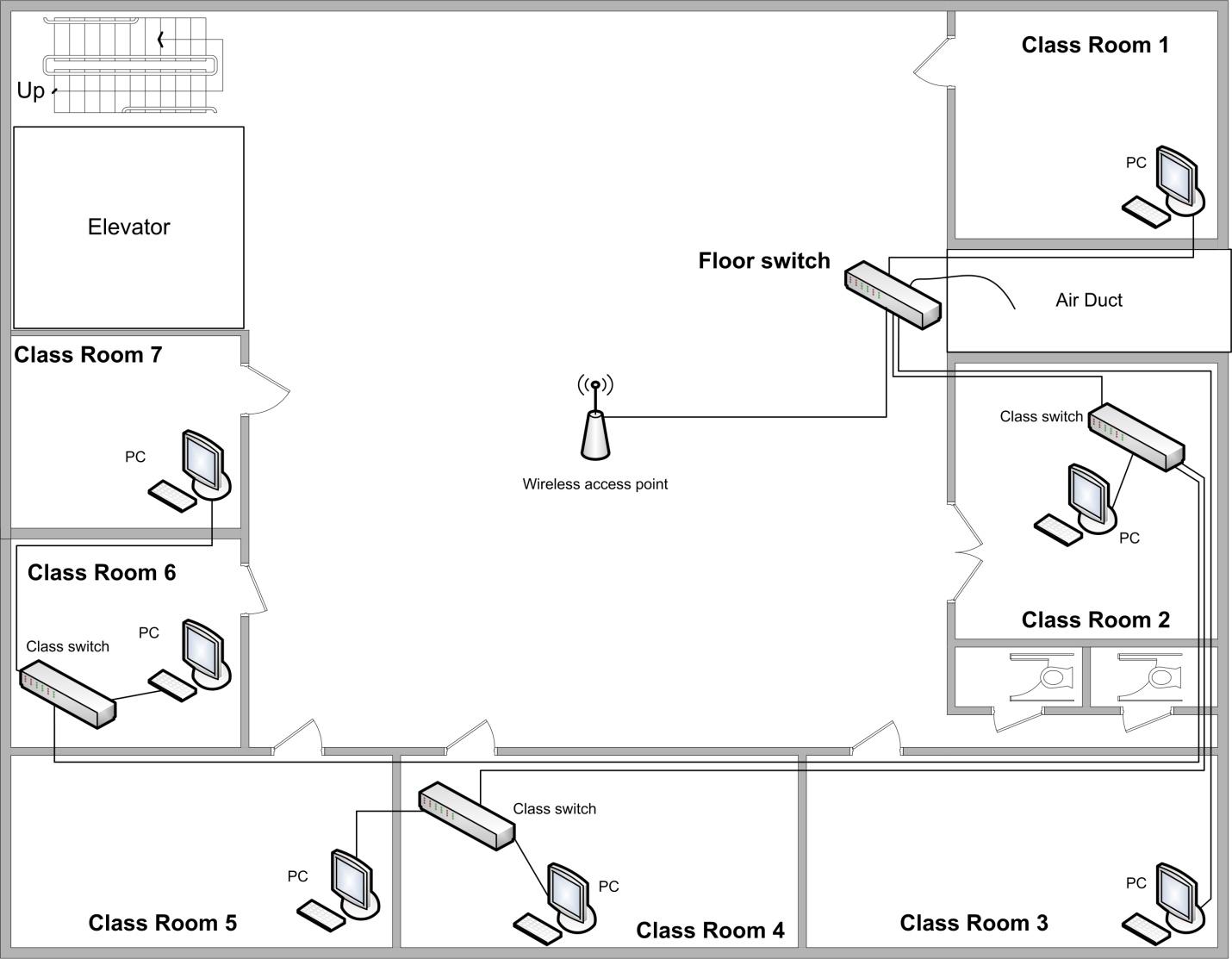 As shown in the figure above the level main switch will be connected to the server backbone though the air duct there will be shared switches in the class rooms, that would mean that one switch will be used in two class rooms. We use switches in class rooms considering a future network expansion, or a backup situation. 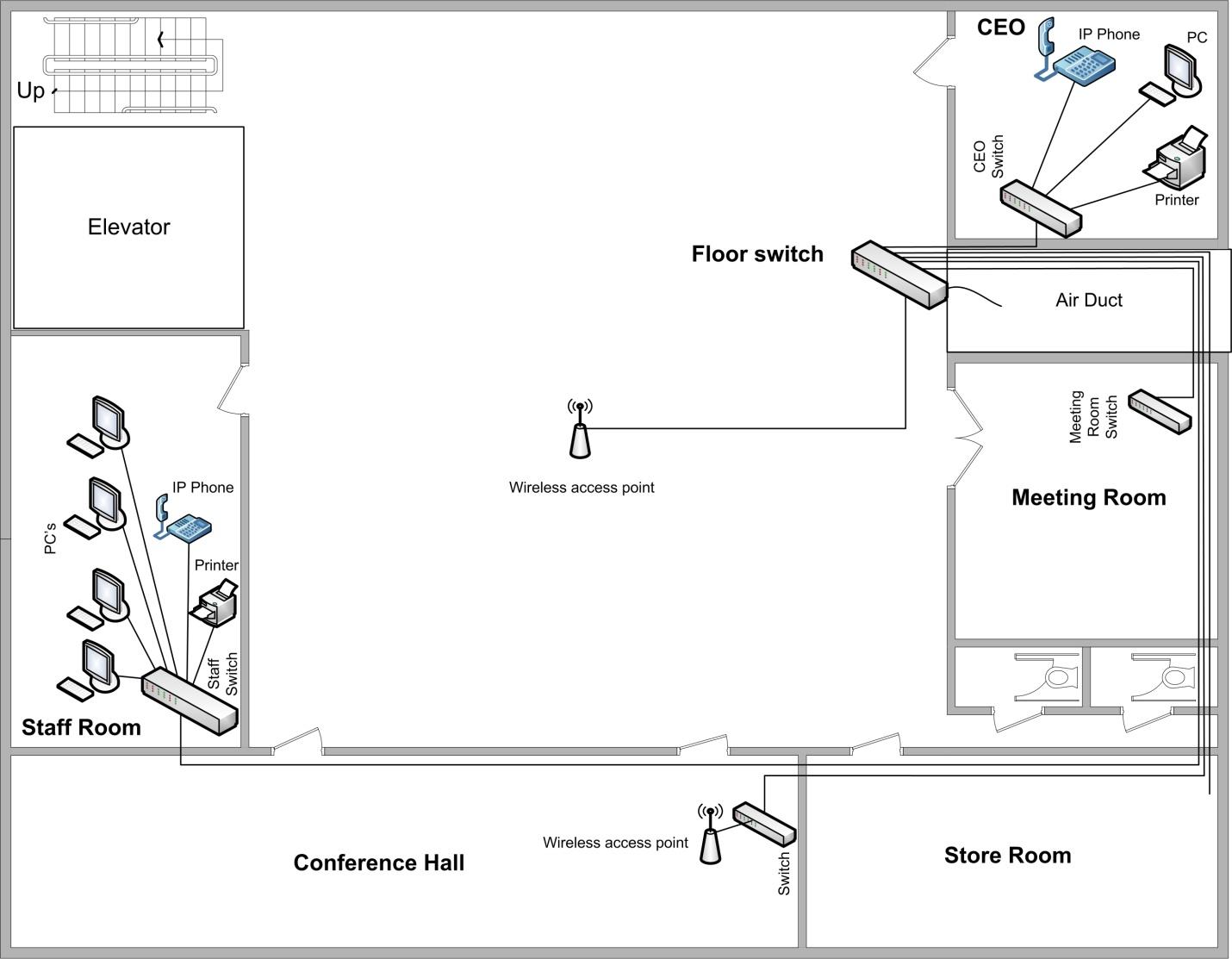 As shown in the figure above the hierarchical approach is followed and there will be a main switch for the fifth floor and other switches are connected to it from it, we provide separate switches for meeting room, and conference hall because in the future if these location have to change the network can be easily

To guarantee the security of the confidential data we proposed to use a remote backup or an online backup system. We don’t keep a backup server in the law school premises because in case of a disaster like fire the backup server will be destroyed and backup will be not useful.

To use in case of an emergency we can keep backup lines to the floors though the air vent. If the current cable goes down the network can be restored with the emergency line.

The purpose of this project was to implement a network plan for the APIIT Law School.

After several weeks of research we came up with solutions and new technologies that could be useful to implementing the network. The use of all our research in this system provides a network that is very effective and provides optimum features in the best way possible.