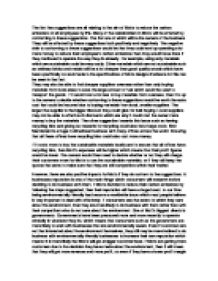 Evaluation of suggestions to improve ethics within a business

The first few suggestions are all relating to the aim of Motts to reduce the carbon emissions of all employees by 5%. Many of the stakeholders in Motts will be affected by conforming to these suggestions. The first one of which will be the owners of the business. They will be affected by these suggestions both positively and negatively. The negative side to conforming to these suggestions would be that they could end up spending a lot more money to reduce their employee's carbon emissions than they would have done if they continued to operate the way they do already. For example, using only materials which are sustainable could be very costly. Other materials which are not sustainable such as ordinary bricks and metals will be a lot cheaper than good quality woods which have been specifically cut and made to the specifications of Motts designs Evidence for this can be seen in that fact. They may also be able to find cheaper suppliers overseas rather than only buying materials from local areas to save the large amount of fuel which would be used to transport the goods. If it would cost a lot less to buy materials from overseas, then it is up to the owners to decide whether conforming to these suggestions would be worth the extra cost that could be incurred due to buying materials from local, smaller suppliers. ...read more.

If Motts are getting more customers due to the decision they have made about the environment, then it will mean that they will get more revenue and more profit, so even if they have a lower profit margin due to extra costs implemented due to reducing carbon emissions, they extra number of customers will cover that small decline in profit. Employees are likely to have a positive impact as a result of these improvements. One of the main reasons of this is linked with the points made above. If Motts are making more and more money due to their employees recycling more, then employee's jobs are more secure as Mott would not have a reason to cut jobs if they are making consistent profits. They employees are more likely to act in a more environmentally friendly way too if they are constantly prompted to do so by management, and especially if there are bonuses available for employees who reduce their carbon emissions the most. They will be satisfied that they are doing their bit for the environment by making sure that they throw all their waste into correct recycling bins and if they are sharing cars to go to work. Sharing a car would also result in the employees to save money as they would essentially be getting a fifth of their travel costs to work if a lot of the time they are not driving their own car to work. ...read more.

Some suppliers are likely to benefit from these strategies, whereas others will suffer. The suppliers who will suffer are those who Motts use for most of their building work. Motts will have a set number of suppliers who they go to get their material no matter what part of the country or world they are in. If Motts start to only get materials from local suppliers, then their main suppliers would have a massive drop in the amount of product they sell to Motts which is very likely to result in them having lower profit figures. Local suppliers will have a massively positive effect from these suggestions; this is because although it is not likely to be repeat custom, they local suppliers will still get quite a large form Motts. Motts carry out huge projects which require a huge amount of materials. If local suppliers were to land these contracts, then they will have a massive spike in their profits. If the building that is being created is well known such as the Wembley stadium, then the material are more likely to be desired by other businesses, which could mean that these suppliers will get a bigger customer base. They could also increase the price that they sell their materials at if they know that Motts are likely to source materials from local businesses such ass them, which would also result in more profit for the suppliers. ...read more.