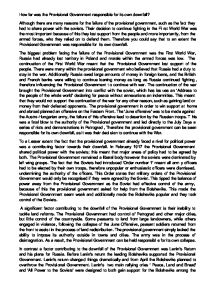 How far was the Provisional Government responsible for its own downfall