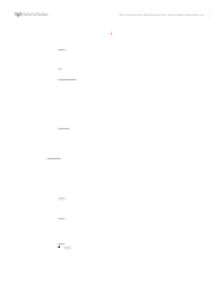 Theatres of War Assessment Even though Britain were officially at war with Germany, neither land forces saw any action for several months. This was known as the Phoney War. Neither Hitler nor the allies made an attempt to attack each other. The German forces concentrated their efforts on the East and completed its invasion of Poland. The German army then began to concentrate their efforts towards France. Despite the fact that they were considered the greatest army in the world at the time they were very poor tactitionists and they basically planned to defend the country through the Maginot line and to wait for the enemy to advance. Ironically it was Napoleon that said that the best form of defence was attack. Although it was technologically brilliant, the Maginot line stopped about 250 miles short of the coast at the border of Belgium. The German army could march right through Belgium and into France. The Panzer divisions were greatly underestimated and so attacked through a thickly wooded area known as the Ardennes. Since the French could not begin to believe that any effective attack could be lead through such an area, it was poorly defended with it's oldest and least trained men stationed there, who were grossly outnumbered and outclassed. ...read more.

German bombing was during daytime and the limited range of the Messerschmidt meant that bombers were not protected all the way. Due to the fact that their own losses were too high, the Germans had to switch to night bombing, but the damage they caused was too indiscriminate to be militarily decisive. On September 17, 1940, Hitler postponed the invasion indefinitely, thereby conceding defeat in the Battle of Britain. This was effectively the beginning of the end for Hitler as this was the 1st time that Germany had been defeated and pushed back into their own territory. The entry of Italy into the war in June 1940 could have caused serious problems to Britain such as cutting of the supply route through the Mediterranean. They were in a position to threaten interests in the Suez Canal as well as a variety of bases such as Malta, and areas under British control such as Palestine and East Africa. Italy ended up to be not nearly as dangerous as they had potential to be due to the fact that the men were not interested and a result when it came to combat they did not do terribly well. ...read more.

The fact that they failed signified the beginning of the end and that Hitler had lost by air, by land and as well as by sea. The Battle of Stalingrad checked the German advance into Russia. In August 1942, the German Army under General von Paulus advanced into Stalingrad, becoming buried in months of bitter street fighting as they attempted to clear the city of Russian troops. In November, Romanian forces defending the German supply route to Stalingrad were routed by the Red Army, and the 200,000-strong German army was left besieged in Stalingrad. The Soviets launched a counter-offensive into the city. Hitler ordered Paulus to stand fast; having been assured by Goering that the Luftwaffe could keep the 6th Army adequately supplied by air. Hitler ordered Field Marshal Erich von Manstein to relieve Paulus. However, the Luftwaffe was only able to supply the 6th Army with a fraction of its requirements while the advance of Manstein's relief army was blocked by the Red Army. The Russians pushed on from three sides in January 1943, and von Paulus surrendered on January 31. The battle cost Germany about 200,000 troops. In the aftermath of Stalingrad, in part owing to the collapse of the Italian and Hungarian armies, the Germans were forced to retreat from the Caucasus and back approximately to the line from which they had started the 1942 summer offensive. ...read more.