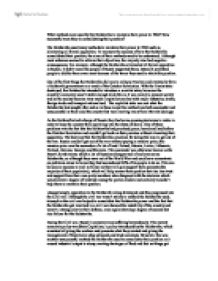 What methods were used by the Bolsheviks to maintain their power to 1924? How successful were they in consolidating their position?

What methods were used by the Bolsheviks to maintain their power to 1924? How successful were they in consolidating their position? The Bolsheviks used many methods to maintain their power to 1924 such as, eliminating all formal opposition. To measure the success of how the Bolsheviks consolidated their position, the aims of their methods need to be understood. Although most schemes seemed to achieve their objectives, the majority also had negative consequences. For example, although the Bolsheviks eliminated all formal opposition in Russia, it didn't mean the people of Russia supported them; instead it provoked people to dislike them even more because of the terror they used to attain this position. One of the first things the Bolsheviks did was to collapse Tsarism and eventually form a Bolshevik government as a result of the October Revolution. With the Tsarist state destroyed, the Bolsheviks intended to introduce a socialist state; however the country's economy wasn't stable enough to do this as it was mainly a peasant society and so the society became very much a capitalist one but with major industries, banks, foreign trade and transport nationalised. The capitalist state was not what the Bolsheviks had sought after and so in these ways this method was both successful and unsuccessful as they ruled the country but were moving away from Marxist ideology. ...read more.

To make matters worse people in the big cities such as Petrograd and Moscow were starving and were left with no option but to flee to villages where there was more food. The method used by Lenin to combat this and at the same time move towards a more socialist state was the introduction of War Communism. War Communism basically comprised of; Nationalising industries and workers, introducing internal passports and requisitioning grain from peasants. However War Communism proved extremely unpopular to the majority of the population especially peasants who were starving and as a result, revolting. Lenin's response to the revolting peasants was to abandon grain requisitioning. This was the first step in the introduction of the New Economic Policy. Consequently the Bolsheviks hadn't achieved what they had aimed for with the introduction of War Communism and therefore this was an unsuccessful method used by the Bolsheviks to consolidate the economy and therefore there power. The aims of the New Economic Policy were to ensure political survival. Lenin had evidently decided that a serious and many-sided retreat from Communist objectives (although a conditional and temporary one) was essential if the regime was not to be endangered by revolt from within by the very elements who had adhered to the Red side during the Civil War. One of their methods for doing this was to replace grain requisitioning with a 'tax in kind'. ...read more.

By doing this they were sure to maintain power even if they didn't have much support in Russia. However, the use of force and terror was obviously unpopular among those who were at the receiving end and only encouraged them to oppose the Bolsheviks instead of support them. In other circumstances the actions of the Red Terror would have been seen as illegal, and, although they were illegal, it was justified as an act of war for the survival of the socialist revolution and so no action was taken against them by other countries as they recognised them as the government of Russia and therefore legitimate. In conclusion I think that the Bolsheviks were successful in consolidating their position by 1924 as they had achieved their main goal, remaining in power. However they had steered away from Marxist ideology to do this and therefore alienated a lot of their supporters and members. They also created a lot of extra problems for themselves to get to this position and were only mildly successful in securing their position as they had eliminated almost all possibilities of opposition. Nevertheless one of the possibilities left was the fickle Peasantry sparking another civil war with a massive revolt; however, seeing as the Bolsheviks had established a more stable economy with the introduction of the N.E.P, giving the peasants a bigger incentive to live, this was unlikely. Overall I think that the Bolsheviks had consolidated their position successfully for moment. ...read more.