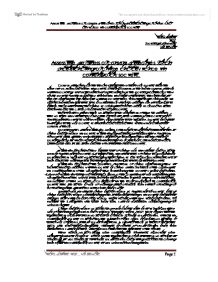 Assess the usefulness of consensus theories for an understanding of crime and deviance in contemporary society.

Kat Quantrill 1207 Sociology Homework Mrs Stewart Assess the usefulness of consensus theories for an understanding of crime and deviance in contemporary society. Consensus theories are the theories that believe that every society share the same views, norms and values in society, a shared consensus. The main consensus theory within sociology is Functionalism. Functionalism is the sociological theory of how or why society functions and how it remains in a state of stability. Theoretically it tries to explain the role all people within society have, from children to criminals, in order to maintain stability. It is a control theory where boundaries are set for people to adhere. The point at which a crime is committed or a boundary is crossed would be determined by the culture of each individual society. In different countries there would have to be variations of these boundaries, this would be inevitable because of the different culture within each society. For a functionalist society to work several key aspects have to be in place. Society as a whole must agree to the way society is structured and ordered, this is known as a 'structural consensus' theory. Sociologists such as Durkheim, Merton, Cohen and Cloward and Ohlin talk about crime and deviance in society. Durkheim argued that C&D had positive functions for society although they seem slightly outdated. Merton argued how strain of shared social goals results in deviant or criminal behaviour. ...read more.

The last and most deviant reaction is rebellion, which would result in anomie. Groups or individuals would rebel against all values and goals set by the dominant part of society and actively fight against it in attempt to bring a bout a revolutionary change and create a new kind of society. Political radicals and anti-capitalists are current examples of this. Merton's theory is a good review of how people react to strain he shows how both normal and deviant behaviour can arise from the same mainstream goals i.e. innovators. However much of Merton's work was done on American culture, and the 'American Dream' that it can not be applied to many societies. He also sees crime as a working class phenomenon because overall official statistics represent then and he is criticised as he takes official statistics by face value. As well as seeing crime as a working class phenomenon he is too deterministic; the working callas do indeed experience the most strain however, not all deviate from the norm. Strain theory assumes that there is a value consensus for money success. There are a number of sociological theories, which attempt to understand the cause for crime and deviance. However, Subcultural theorists hold the idea that there is nothing "wrong" with criminals and those who commit deviant acts. Instead, they advocate an alternative set of values or a 'subculture'. ...read more.

Ideas such as Mertons 'American Dream' was based on American culture, and the 'American Dream' that could not be applied to many societies at the time therefore, in contemporary society Merton's idea could now be considered as inapplicable, because it does not take into account the more varied official statistics, which at the time of Merton writing was mainly based on crimes of the working-class, which is now untrue as we can now see that it not just the working class who are committing crimes but the middle class as well, this is where Merton's theory is useful with his five categories of deviant behaviour, in particular the Innovator. Also a lot of the research carried out on this topic was carried out in the early 19th century therefore research into this topic was very androcentric. As a result it ignores the fact that women also commit crimes which in contemporary society is higher than it was when Merton and Cohen were carrying out their research. Feminists would argue this point along with the point that they ignore the crimes commited by males such as domestic violence, such as sexual abuse, however, Davis' argument that the legalisation of prostitution could hinder domestic violence within the family. In conclusion, although consensus theories are outdated some of the points argued could help develop a more in depth understanding of crime and deviance within contemporary society. ?? ?? ?? ?? Assess the usefulness of consensus theories for an understanding of crime and deviance in contemporary society Kat Quantrill... 1207... Mrs Stewart... Page 1 ...read more.