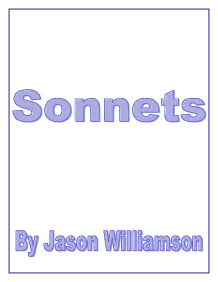 Compare and Contrast the theme of love in six sonnets Sonnets are extremely important poems. Most sonnets are about the theme of love. The poets used sonnets to express the powerful emotion of love for their lovers. Love is a universal emotion as everyone probably feels love for someone at one time in their life. There are many types of love such as unrequited love, love and loss and romantic love. There are a large amount of poems about love because poems are a good way to express your feelings for someone. Most sonnets have different rhyme schemes and structures depending on who wrote them. For example in sonnet 130 by William Shakespeare, he uses ABABCDCDEFEFGG and this creates the rhythm of iambic pentameter and he uses the structure of three quatrains and a couplet. Perhaps the most common aspect of love explored by sonnets is romantic love. When we think of love poems we, first of all, think of odes: a verse written in praise of a person or object. "Sonnet 130" by William Shakespeare and "Garden of Beauty" by Edmund Spenser both focus on the theme of Romantic love. The two sonnets both use natural imagery to describe their lovers but the two sonneteers use the natural imagery and the ode in radically different ways. Edmund Spenser uses his senses to explore his lover's beauty. He describes what she smells like and what she looks like. He uses a series of similes in the sonnet to describe each part of her body. When the reader first reads the title "Garden of Beauty" it is clear why Edmund Spenser chose this name for his sonnet. The word "Garden" is associated with many beautiful objects from nature such as flowers and colours. Edmund Spenser compares his lover to flowers from the garden. I believe that this shows that Edmund Spenser wants to share with everyone how beautiful he feels his lover is. ...read more.

I think this is effective because he uses the roses to represent him and his lover and he uses them to say they cannot grow together because she does not love him. However later in the sonnet he says the roses could grow together if she gives him a chance. The Sonnets "My love is like to ice" and "Red and white roses" are different for several reasons. Firstly, the tone of the sonnets are a little different because the tone of "My love is like to ice" has some happiness but "Red and White roses" has only a depressing tone. Secondly the repetition of the metaphor in "My love is like to ice" reinforces the sonneteers idea of love. In "My love is like to ice", it seems impossible that the mistress will ever return the poet's love; it seems to go against the basic law of physics. In "Red and white roses" the conflict is within the poet himself. He uses the image of roses, which is effective because of the associations roses have for the reader. I prefer the sonnet "My love is like to ice" because the poet does exaggerate but he does not get depressed because the woman has not returned his love. He is upset because his love is not returned but there is a small part of the sonnet that to me appears to have a slight happiness to it. In conclusion sonnets are extremely important poems that deal with emotions people experience everyday. They all explore love but in extremely different ways. The poets all express their feelings and emotions in a way in which makes you understand love and how powerful it actually is. In my opinion, I prefer "Sonnet 130" because it shows romantic love in a different way. Instead of using false comparisons it explains the true beauty of his lover and it is exceedingly romantic because it shows that she does not have to be as beautiful as a flower to receive his love. I think that sonnets are extremely inspirational poems which express true feelings and emotions. ...read more.