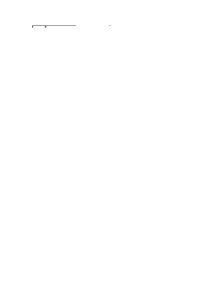 A Child Called "It" English Bio II by Dave Pelzer A Child Called "It" is a first-person narrative of a severely abused child, Dave Pelzer, who has survived to tell his tale. This book is a brief, horrifying account of the bizarre tortures Dave's mother inflicted on him, told from his point of view as a young boy. Among the cruel "games" Dave's maniac, alcoholic mother played were smashing him face-first into mirrors, forcing him to eat the contents of his baby brother's diaper, drinking ammonia, and burning him over a gas stove. Dave's "story has two objectives: the first is to inform the reader how a loving, caring parent can change to a cold, abusive monster venting frustrations on a helpless child; the second is the eventual survival and triumph of the human spirit over seemingly insurmountable odds" (164). Dave describes his earlier years as idyllic: "In the years before I was abused, my family was the "Brady Brunch" of the 1960s. ...read more.

What's your single greatest accomplishment and why? "I'm so alive" (155). My life as a child was extremely turbulent, being pushed and pulled in every direction. I tried as hard as I could to reach the light at the end of the dark tunnel, but it always seemed out of reach. "Until suddenly, without warning, I broke free" (156). What was your biggest obstacle? How did you overcome it? My mother's abusing me was no doubt my biggest obstacle. "I hated Mother most and wished that she were dead. But before she died, I wanted her to feel the magnitude of my pain and my loneliness for all these years" (134). As the years passed by and the beatings became more intense, I wished "she'd returned with a knife and ended it all.. My morale had become so low that in some self-destructive way I hoped she would kill me" (141). ...read more.

It's one of those books you can't put down because you want to know what's going to happen next. I was always in constant suspense as to what Dave's emotionally unstable mother was going to do to him and how he was going to survive the abuse. This book really sunk into my heart and the imagery used in the book helped put a clear picture of the dysfunctional household Dave lived in. The fact that this is a true story and millions of children suffer from the same ordeal saddens me. Also, the fact that he remembers all those horrible things that he went through in the past, in detail, is very sad. I'm glad that Dave triumphed not only in finding a better, loving family, but also within himself. If I was in his shoes, I don't think I'd be able to make it where he is today. His story truly changed my perspective on life. I realized how lucky I am to belong to a nice, tight-knit family and that I have it good compared to most people. ...read more.