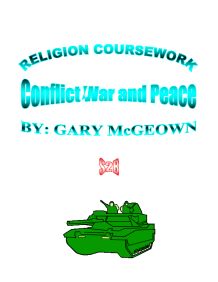 Part One Explain Christian Beliefs about Justice JUSTICE In the catechism of the Catholic Church we find Justice defined in the following way, "Justice towards men disposes one to expect the rights of each and to establish in human relationships the harmony that promotes equity with regard to persons and to the common good." This quote tells us that Christians are expected to treat everyone equally and with respect. As the Catholic Catechism says, "You shall not be partial to the poor or defer to the great, but in righteousness shall you judge your neighbour." This quote tells us that we should not judge our neighbour, as we are not different from them. In the parable of the sheep and the goats Jesus divided the people into two groups, the righteous on his right and the others on his left. This story shows us that if you help Jesus' people you will receive eternal life but if not you will receive eternal punishment. In the story of the centurion's servant (Luke7:1-10) Jesus is called to help a man who is ill. ...read more.

If justice had been evident a long time ago then there would be a lot fewer troubles. If the UVF shoot a catholic then the IRA will go and shoot a protestant, which is not serving justice. N.Ireland has had a lack of justice and rights take for example, the civil rights marches in 1968. Justice was not done when the criminal Johnny Adair had a short prison sentence. Christians believe that families of victims from the troubles feel that justice has not been done. These families want peace instead of revenge. The killing has not stopped and until there is justice there will be no peace in N.Ireland. Jesus served justice to his people and as a result there was peace. In N.Ireland revenge has created a lot of conflict so people should apply justice instead of revenge. Forgiveness People do not know what they are doing when they seek revenge. If they realise this and forgive instead, there will be peace. Gordon Wilson stood and talked about love and forgiveness even as his daughter was still unburied from the bomb attack in Enniskillen. ...read more.

The land would be inhabitable and it would be almost impossible for any survivors of the war to live on it. There are far too many nuclear weapons in the world as humankind would be able to destroy the world and every human being sixteen times over. The Pope has condemned the possible use of nuclear weapons. "In this age, which boasts of its atomic power, it no longer makes sense to maintain that war is a fit instrument with which to repair the violation of justice." I believe that nuclear war can never be justified. If a small nuclear weapon were to be dropped on Ireland then nearly everyone would die, if not by the blast then by the radiation. No one would ever be able to live on the land again, as it would be so radiated. How can this be just? Nuclear weapons can end wars as well as start them. If we want peace then we must forgive what happened in the past and be prepared to work together for the future. 360 words Referees Mike Keane and Joe Hennessy, Issues and Beliefs in the Catholic Faith. Rev. John Forsythe, Come Follow Me. Sr. Anne Bourke, SND, Dimensions of Christianity. Catechism of the Catholic Church. ...read more.