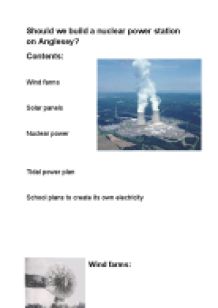 Should we build a nuclear power station on Anglesey? 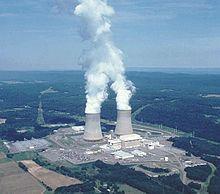 School plans to create its own electricity 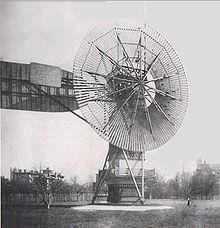 Wind farms are used all over Wales. They are one of the most common renewable energy sources used around the world. There are approximately 400 wind turbines dotted around Wales. A 1.8 wind turbine would produce over 4.700.000kwh of electricity per year, that’s enough to power 1000 households (2 Adults, 2 children) using 5500kwh per year. They aim to increase the amount of energy produced from renewable sources by 10% over the next 5 years. A windturbine converts kinetic energy from the wind into mechanical energy. If the mechanical energy is used to produce electricity, the device may be called a windgenerator or windcharger. If the mechanical energy is used to drive machinery, such as for grinding grain or pumping water, the device is called a windmill or wind pump. The first electricity generating wind turbine, was a battery charging machine installed in July 1887 by James Blyth to light his holiday home.

Solar panels are another common source of renewable energy. Solar panels convert light energy from the sun in to electricity.This generated electricity can power your business, home, or farm.12solar panels will produce 120 volts which is what most house hold appliances run off. The amount of electricity a solar panel produces depends on how much sunlight it gets and how big the solar panel is. 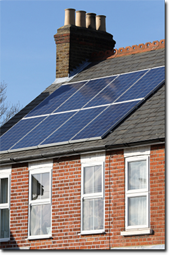 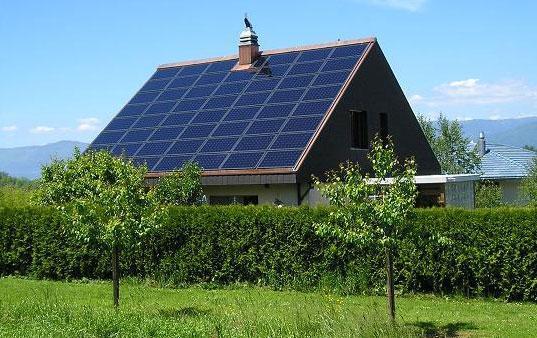 An 18v solar panel with 2.5 amps which had had 5 hours of sunlight would produce 315kwh. 10kwh can power a light bulb for 1 hour. Each kilowatt hour produced saves around 0.54 kg of carbon dioxide emissions. Each solar panel costs around £5000. The government will give you 43.3p per kwh for any unused electricity that has been generated and then will be put into the national grid.My opinion I don’t think that this is an answer to everyone’s problem. Not everyone will be staying in the same house long enough to start making back their money.

School wants to make its own electricity:

A primary school in Gwynedd is looking to make its own electricity, after an idea from pupils themselves. The plans are to make their own electricity by installing solar panels. They were going to build a wind turbine but the town mayor went against that idea because of safety reasons, but went along with the solar panels. The school has not been a eco-friendly school for long. The children had noticed that they using a lot of electricity everyday so they wanted to help save money. They then found out that they could produce around 55% of their electricity that they use in a year, which is around £1000.