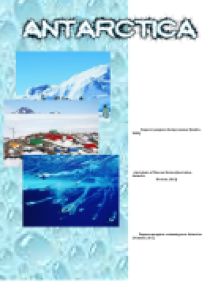 Antarctica Report - The Location And Purpose Of Mawson Station