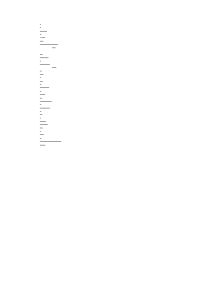 TIMELINE OF WW1 -Concert of Europe 1815 .....of a balance of power in international relations, that the ambitions of each 'great power' was curbed by the others: Kingdom of Prussia, Austria Empire, Russian Empire, British Empire and France. -Franco-Prussian War 1870-1871 All politics reduces itself to this formula; try to be one of three, as long as the world is governed by the unstable equilibrium of five great powers." -Bismark (He wanted to make sure he was in the majority in order to have the greater chance of 'winning'.) German Empire is proclaimed with Prussian King as Emperor: Kaiser Wilhelm I. Bismark's realpolitik (the injection of realism into politics, Bismark wanted people to realize they were all fighting for a common goal eg. resources) to extend Hohenzollem hegemony (to collect all the power) ...read more.

-Germany seals an alliance with Austria Hungary, they are both Germans and in a sense would always back each other up. -Three Emperors' Alliance (GRAh) 1881 If Russia, Germany or Austria were at war with another powerm the others wi=ould remain neutral. -Triple Alliance (GAhl) 1882 Germany, Austria-Hungary and Italy-mutual assistanance in case of attack. -Reassurance Treaty (GR) 1887 Tension in the Balkans again between AH and R. Germany draws up a treaty with Russia to avoid a war on two fronts. Again, BIsmarck's work to try and stabilize the balance of powers in Europe and the keep strong the Germans' stance. Bismarck kept forming alliances. -Ascension of Wilhelm II 1888 Young ambitious emperor, keen advocate of all things military, known for his bad temper ascended the throne after the death of his father Wilhelm I. ...read more.

Colonial influence: post Fashoda incident-British (yellow), French (pink). -German Naval Law 1898 Admiral von Tirpitz pushed for building of 16 ships over next 3 years to challenge Britain, law passed to build 7. -Second German Naval War 1900 Anglo-German tension over the Second Boer War-German mail steamers were wrongfully searched by British patrol cruises (accused of trying to smuggle weapons to help Boers in their fight against the British) = allowed Tripitz to get this law passed in the Reichstag. This law doubled the size of the fleet from 19 to 38 battleships; two flagships, four battle squadrons of eight battleships each, and four reserve battleships were to be constructed over seventeen years from 1901 to 1917. (This increase in battleships immediately raised British suspicions and the British became wary of them.) Such rapid expansion would threaten Britain. (Japan-aggressive in the way of taking territories to create a large sphere of control (imperialism). As historians, certain circumstances shape people.) -see notes. ...read more.