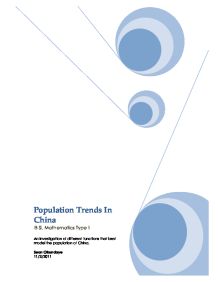 An investigation of different functions that best model the population of China.

Modelling the population of China- Page 3

Researcher’s model for the population of China- Page 8

In this portfolio, I will be investigating a variety of functions in order to find out which ones best model the population of China from 1950 to 1955. In order to do this, I will be using a number of different technological methods which will help my investigation, with all my findings contained in this portfolio.

MODELLING THE POPULATION OF CHINA

The following table shows the population of China from 1950 to 1995.

As you can see, I have

If I substitute the elapsed time into the above equation, I get the following values:

We can now see my model in comparison to the other model. 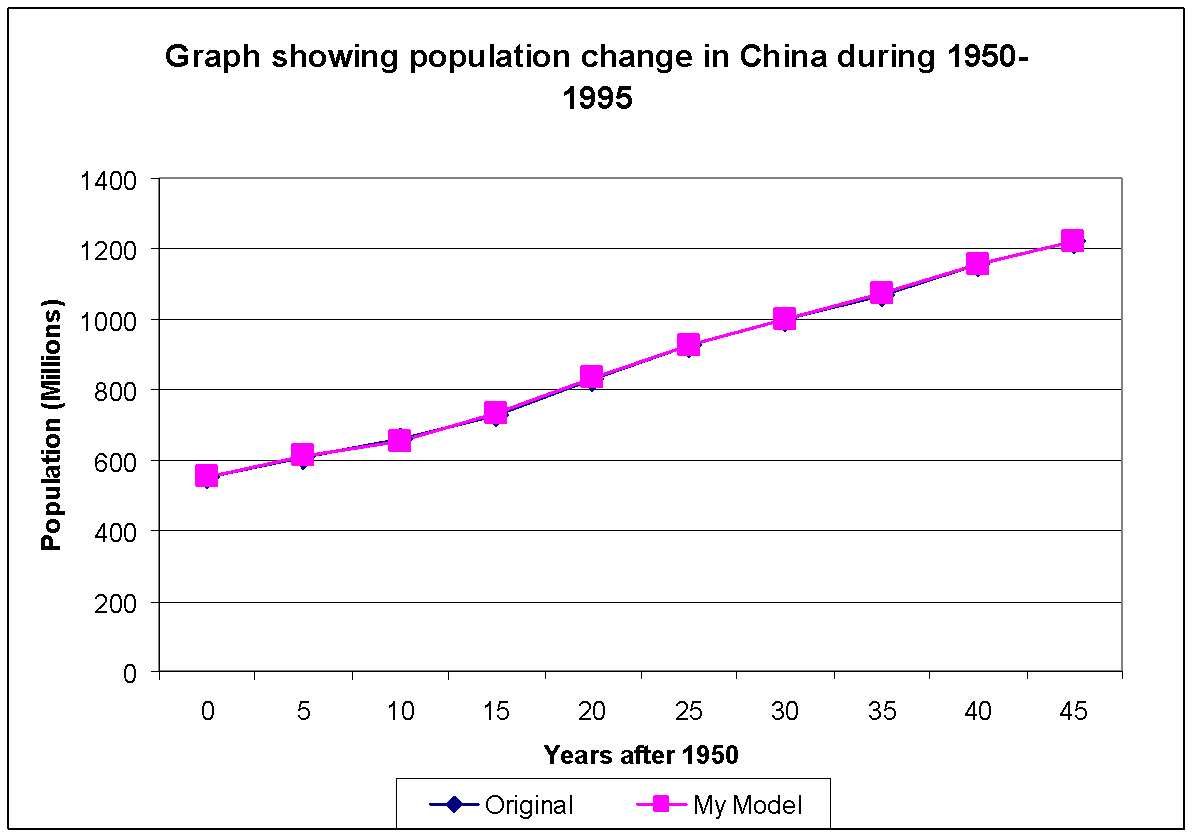 As one can see, my model has proven to be very accurate to the original data given the very minimal difference seen in the data and the graph. Indeed it is not necessary to revise this model.

RESEARCHER’S MODEL FOR THE POPULATION OF CHINA

A researcher has suggested that the population, “P” at time “t” can be modelled by:

We need to use a Graphical Display Calculator (GDC) to work out K, L and M. Given the five year intervals of the data, one can make “t” the number of years after 1950 and we already know that “P” means population. Therefore we have to input this into our GDC:

Let’s now look at additional data on population trends in China from the 2008 World Economic Outlook in conjunction with my model and the researcher’s model.

As one can see, the best model for the new data is the researcher’s model. However, I need to modify this model so that will best fit the data from 1950 to 2008.

I have found these knew values of K, L and M:

With my revised model I have created this graph: 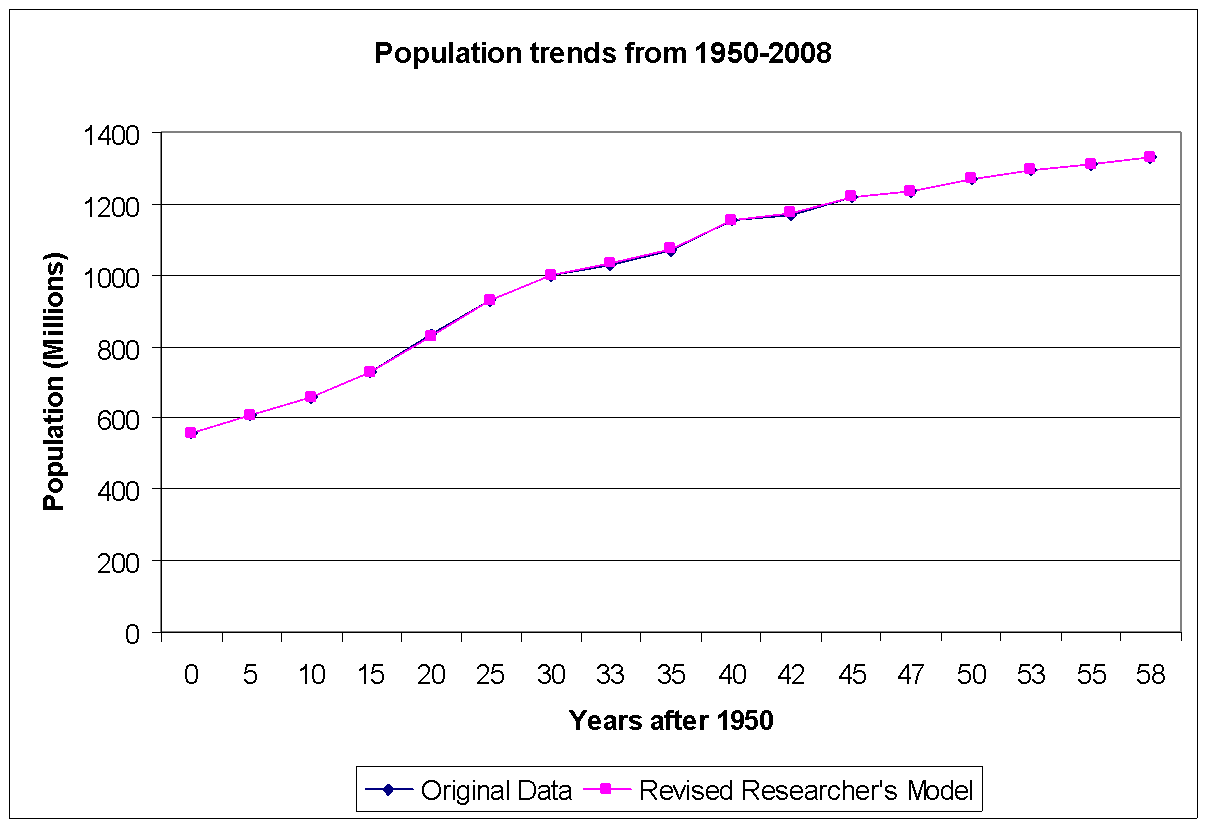 As one can see, the modified model fits all the data relatively accurately, proving that the researcher’s model, when revised works best.

Throughout this project I have used Microsoft Excel and a GDC for my work.