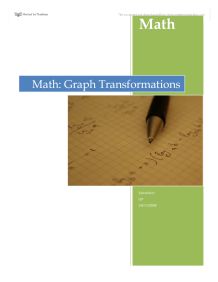 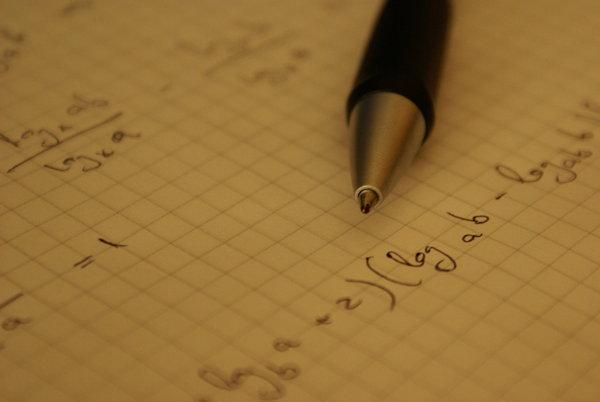 Note: The arguments of trigonometric functions are done in radians.

To understand how a function is graphed, let’s have a look at these common functions and their corresponding graphs: 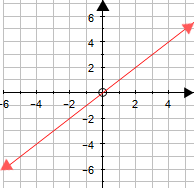 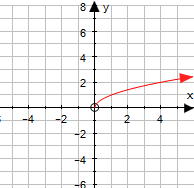 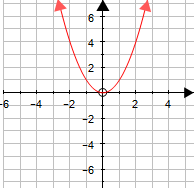 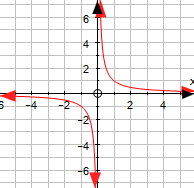 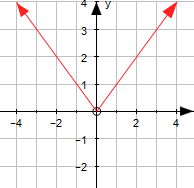 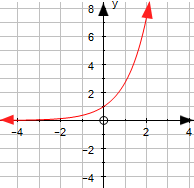 Here are some graphs of more complicated functions: 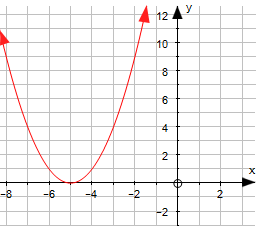 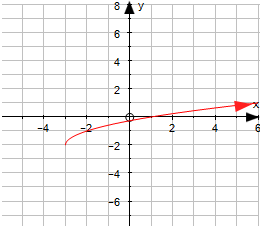 The last two graphs are similar in shape to previous graphs. The first graph has the same shape as the previously seen

. The only noticeable difference is that a translation of

has been applied to the first graph producing the graph of

.  We can see this by comparing the two graphs on the same plane: 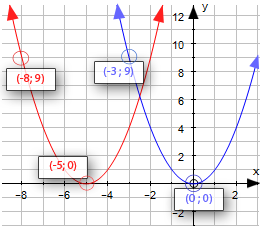 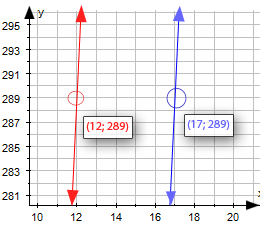 The blue graph is

and the red one is

5 is significant because it is what was added to x before the result was squared up. So we could conclude that for any function

its translation compared to

These two graphs not only confirm that multiplying the output or input stretches the graph but it also helps us understand how to calculate the stretch and also the direction.

The first graph (cosine graph) that multiplies the input shows us that a horizontal stretch occurs. The stretch is seen as being

, because the input was multiplied by 3. This observation is made by looking at the intervals difference (circled in black) between the original graph and the transformed one. The stretch happens along the y axis.

The second graph represents a sine graph and its transformation done by multiplying the output.  The stretch is a vertical one. The two circled points help us notice that it is a stretch of ½, because the output was multiplied by 2. It is along the x axis that the stretch occurs.

Why did this happen? For example, let’s say that the input of a function was multiplied by 3. Arriving to an output of 5 will take

of the original distance, because the input value was multiplied by 3.  This creates a compression (or stretch) horizontally, because that is where the input values are plotted. The explanation of what happened to the graphs where the output was multiplied is simply that whatever was outputted was multiplied by the inverse of the multiplication factor, therefore stretching (or compressing) the graph vertically. Multiplying (or dividing) by a negative number reflects the graph. (More about reversing the sign of a number [it is equivalent to multiplying it by -1] is available later in the investigation.)

Another way to explain this transformation is the following:

This shows how the output ends up being divided (or multiplied by the inverse).

Sure enough, the results are as expected:

Another transformation that did not make a function because it resulted as a one-to-many equation was still noteworthy of exploration. What was changed to the input or output was adding a ± sign before them. 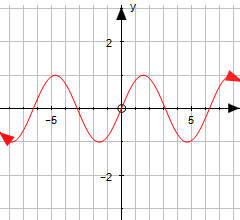 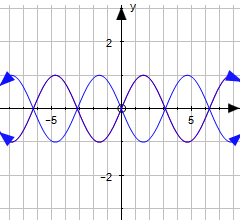 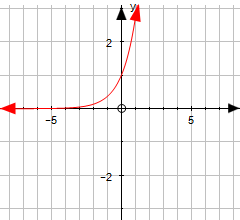 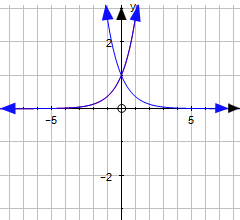 These graphs just create a mutual reflection in x and y depending whether the input or the output was changed.

Changes such as these are easily explainable; in the cases of

, positive and negative values of x(input) are considered, just on the right side of the quadrant (where x is positive). The same is true for the left side (where x is negative), therefore creating this mutual reflection in the y axis. Putting ± as a multiplier of the output plots the graph in its positive and negative values, creating this mutual reflection along the x axis. As a quick note, we can also notice that the rule of the output modification creating a vertical transformation and the input modification creating a horizontal transformation also applies in these graphs.

Up till now, only graphs of function have been explored. Equations also can de graphed and modified. For example, we can graph (x−a)²+(y−b)²=r². 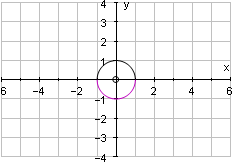 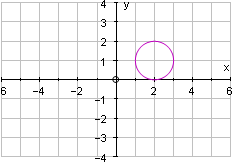 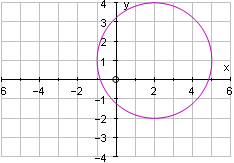 From these observations, a and b change the x and y coordinate of the circle and r changes its radius.

If we think about it, it is actually logical.

Since each variable is squared, this means that it is a one-to-many equation. Therefore multiple points will be plotted because there are two solutions for each values. This is what forms the circle. a and b are what creates the circle shift; which is somewhat similar to earlier observations. Finally r changes the diameter, because when changed, it forces x and y to adapt to the change, creating a bigger or little circle, depending on the range of the solutions.